When the spring and summer roll around, the beach is pretty much the only place I want to be. I don’t think I am the only one, either! For so many, the beach is a peaceful relaxing getaway from everyday life. In fact, I take a look at my bucket list of top beaches in hopes to one day hit them all. If you’re missing the beach like I am, here are 50 beach quotes to take you back.

50 Beach Quotes [they’ll have you swooning for the beach!] 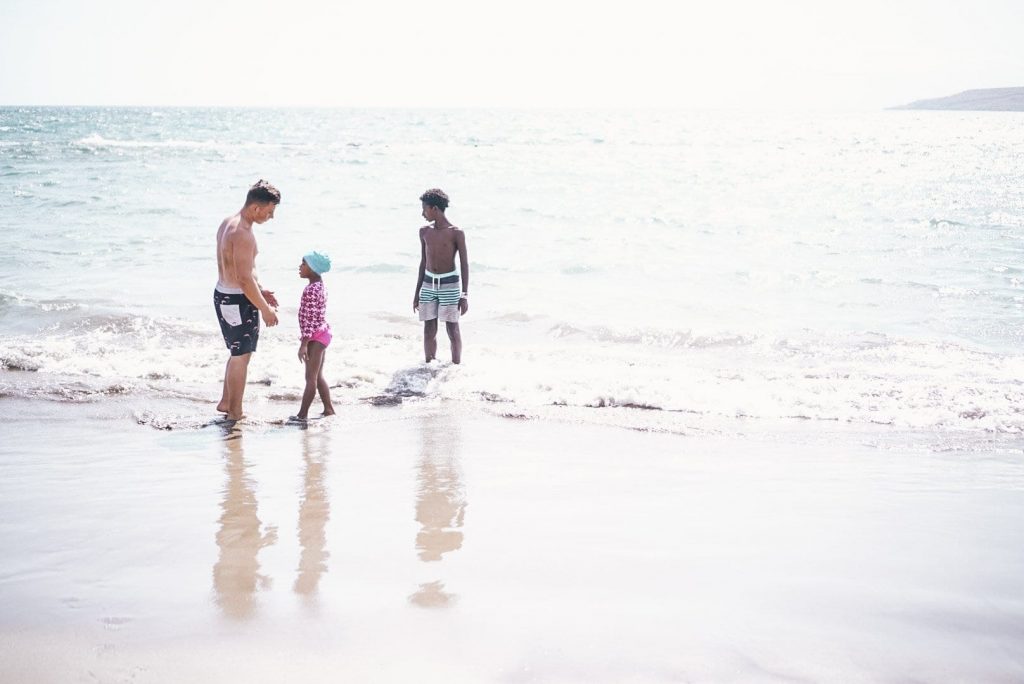 1: “Every time I stand before a beautiful beach, its waves seem to whisper to me: If you choose the simple things and find joy in nature’s simple treasures, life and living need not be so hard.” – Psyche Roxas-Mendoza

2: “To escape and sit quietly on the beach – that’s my idea of paradise.” – Emilia Wickstead 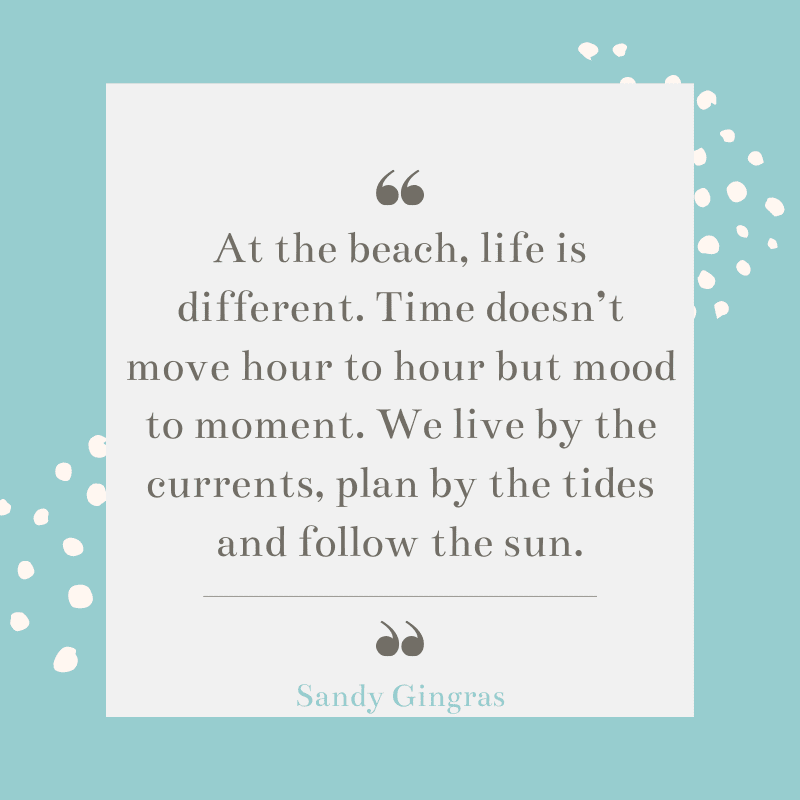 3: “To go out with the setting sun on an empty beach is to truly embrace your solitude.” – Jeanne Moreau

4: “Don’t grow up too quickly, lest you forget how much you love the beach.” – Michelle Held

5: “At the beach, life is different. Time doesn’t move hour to hour but mood to moment. We live by the currents, plan by the tides and follow the sun.” – Sandy Gingras

9: “The beach is definitely where I feel most at home. It’s my oxygen. I forget how much I need it sometimes when I’m away working.” – Behati Prinsloo

10: “A beach is not only a sweep of sand, but shells of sea creatures, the sea glass, the seaweed, the incongruous objects washed up by the ocean.” – Henry Grunwald

Quotes About the Ocean 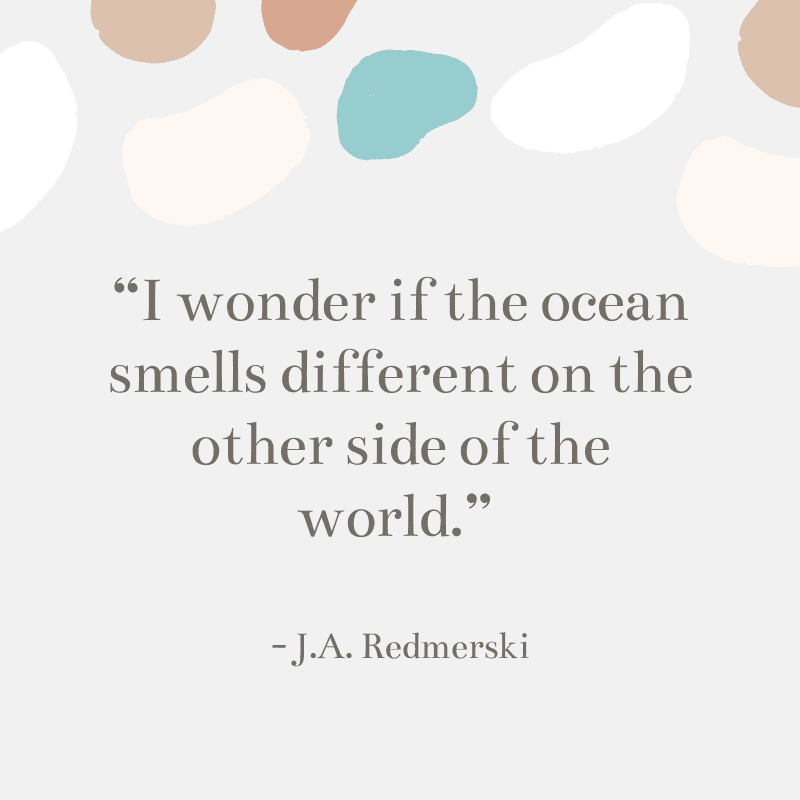 11: “Because there’s nothing more beautiful than the way the ocean refuses to stop kissing the shoreline, no matter how many times it’s sent away.” – Sarah Kay

12: “She loves the serene brutality of the ocean, loves the electric power she felt with each breath of wet, briny air.” – Holly Black

13: “I wonder if the ocean smells different on the other side of the world.” – J.A. Redmerski

14: “Ocean, n. A body of water occupying about two-thirds of a world made for man — who has no gills.” – Ambrose Bierce 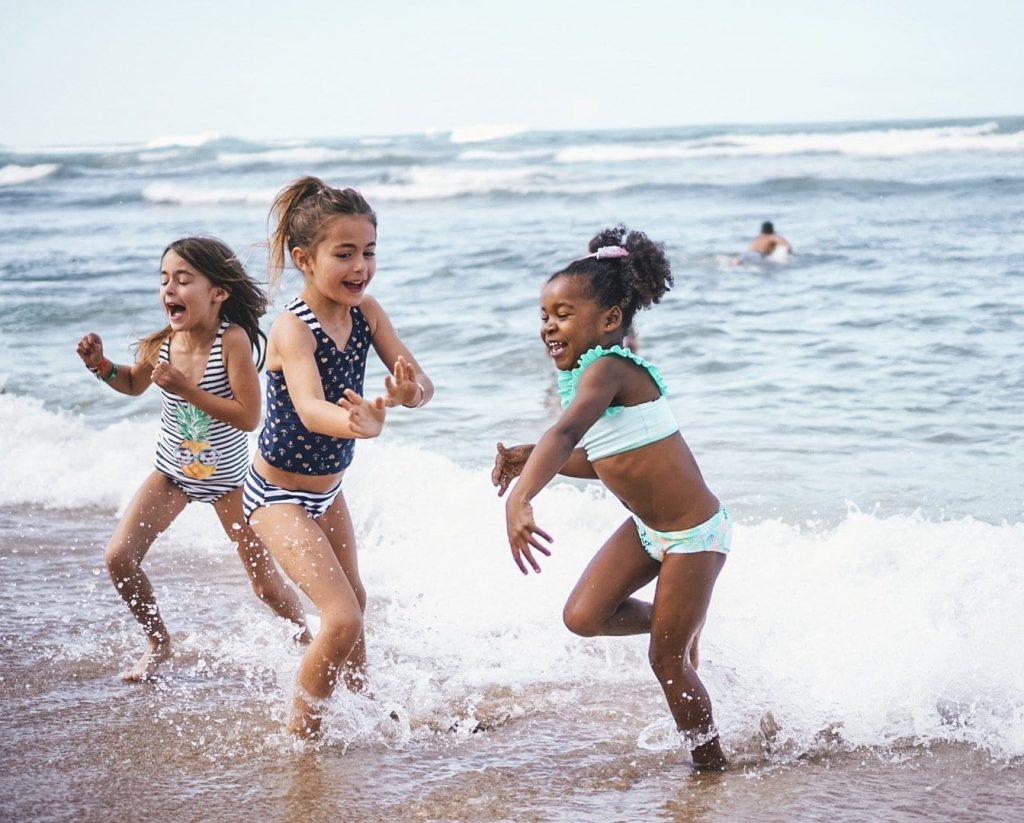 16: “The ocean stirs the heart, inspires the imagination and brings eternal joy to the soul.” – Robert Wyland

17: “The ocean makes me feel really small and it makes me put my whole life into perspective.” – Beyoncé

18: “We are tied to the ocean. And when we go back to the sea, whether it be to sail or to watch – we are going back to whence we came.” – John F. Kennedy

19: “Ocean is more ancient than the mountains, and freighted with the memories and the dreams of time.” – H. P. Lovecraft 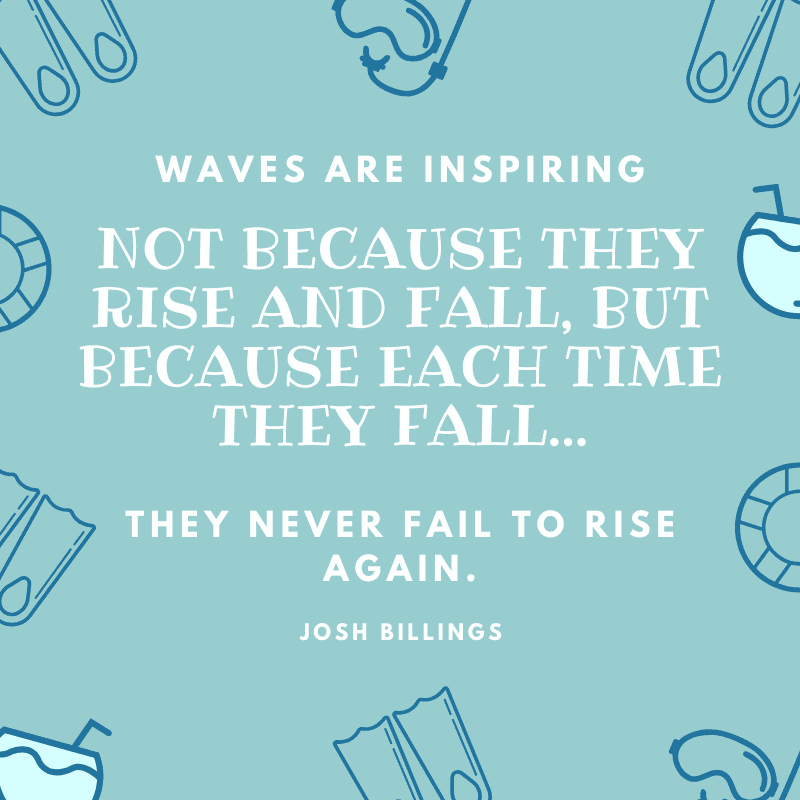 24: “Don’t worry if you’re making waves simply by being yourself. The moon does it all the time.” – Scott Stabile

25: “Sit in reverie and watch the changing color of the waves that break upon the idle seashore of the mind.” – Henry Wadsworth Longfellow

26: “Waves are inspiring not because they rise and fall, but because each time they fall… they never fail to rise again.” – Josh Billings 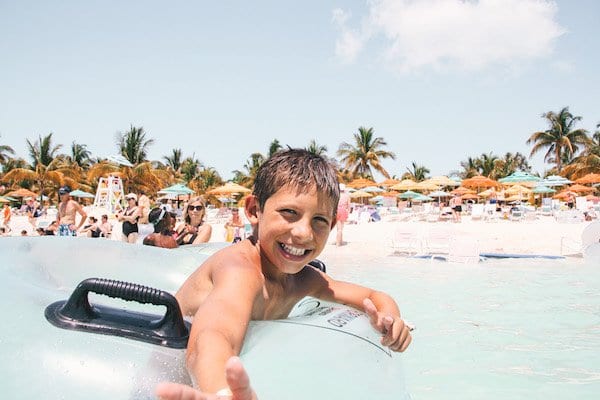 27: “Dance with the waves, move with the sea. Let the rhythm of the water set your soul free.” – Christy Ann Martine

28: “Waves are the voices of tides. Tides are life.” – Tamora Pierce

29: “Waves are the practice of water. To speak of waves apart from water, or water apart from waves, is a delusion.” – Suzuki Roshi 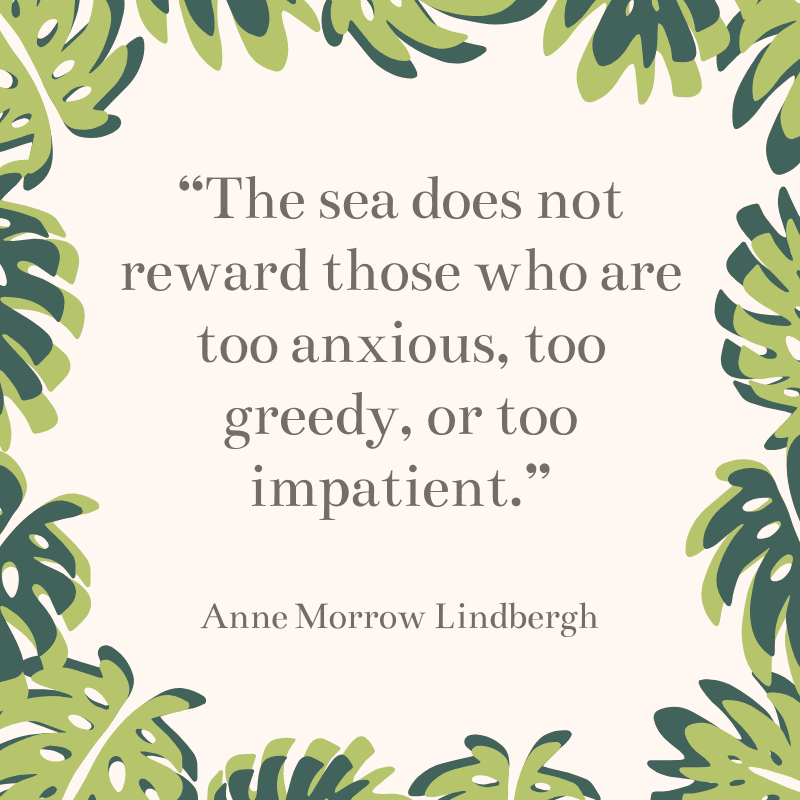 31: “You must not lose faith in humanity. Humanity is like an ocean; if a few drops of the ocean are dirty, the ocean does not become dirty.” – Mahatma Gandhi

33: “Life is a wave, which in no two consecutive moments of its existence is composed of the same particles.” – John Tyndall

34: “We must free ourselves of the hope that the sea will ever rest. We must learn to sail in high winds.“ – Aristotle Onassis

35: “The sea, the great unifier, is man’s only hope. Now, as never before, the old phrase has a literal meaning: we are all in the same boat.” – Jacques Cousteau

36: “It’s like, imagine the ripples on top of an ocean. And I’m in a rowboat, reactively dealing with the waves and water coming into my boat. What I need to do is dive into the deeper solace, the calmness beneath the surface.” – Dr. Oz

37: “The sea does not reward those who are too anxious, too greedy, or too impatient.” – Anne Morrow Lindbergh

38: “You can never cross the ocean until you have the courage to lose sight of the shore.” – Christopher Columbus

39: “A wave isn’t like a skate ramp or mountain; everything’s moving around, and you have to time how to move along with it. That’s easier with a slow wave.” – Kelly Slater

40: “It’s a wonderful metaphor, catching a wave, for how you can look at other challenges in your life.” – Jeff Bridges

Quotes About the Sea 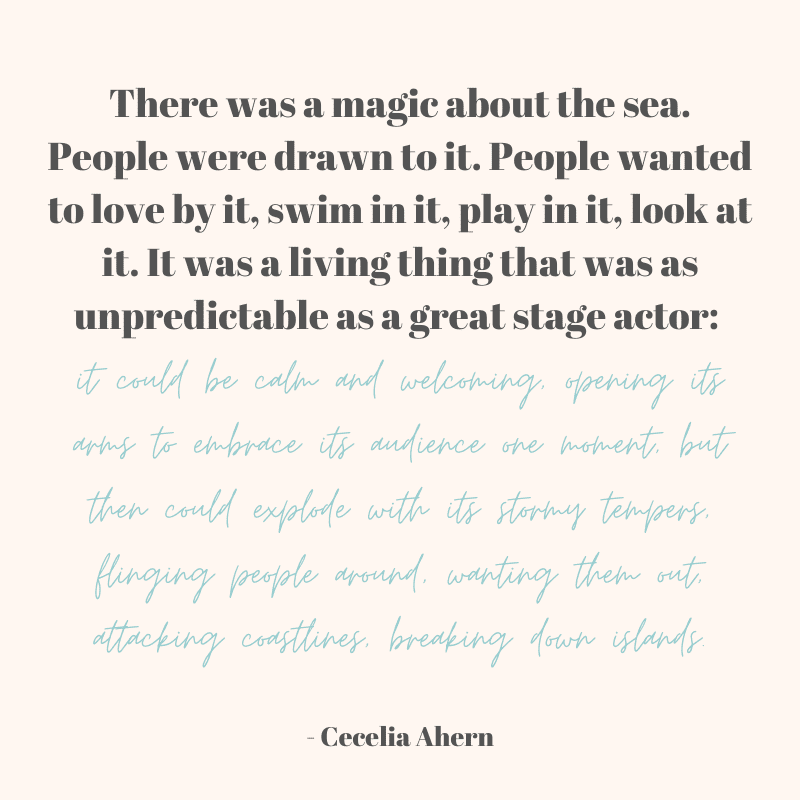 41: “Why do we love the sea? It is because it has some potent power to make us think things we like to think.” – Robert Henri

42: “To me, the sea is a continual miracle; The fishes that swim–the rocks–the motion of the waves–the ships, with men in them, What stranger miracles are there?” – Walt Whitman

43: “The sea, once it casts its spell, holds one in its net of wonder forever.” – Jacques Cousteau

44: “We need the tonic of wildness…At the same time that we are earnest to explore and learn all things, we require that all things be mysterious and unexplorable, that land and sea be indefinitely wild, unsurveyed and unfathomed by us because unfathomable. We can never have enough of nature.” – Henry David Thoreau

45: “When anxious, uneasy and bad thoughts come, I go to the sea, and the sea drowns them out with its great wide sounds, cleanses me with its noise, and imposes a rhythm upon everything in me that is bewildered and confused.” – Rainer Maria Rilke

46: “At night, when the sky is full of stars and the sea is still you get the wonderful sensation that you are floating in space.” – Natalie Wood 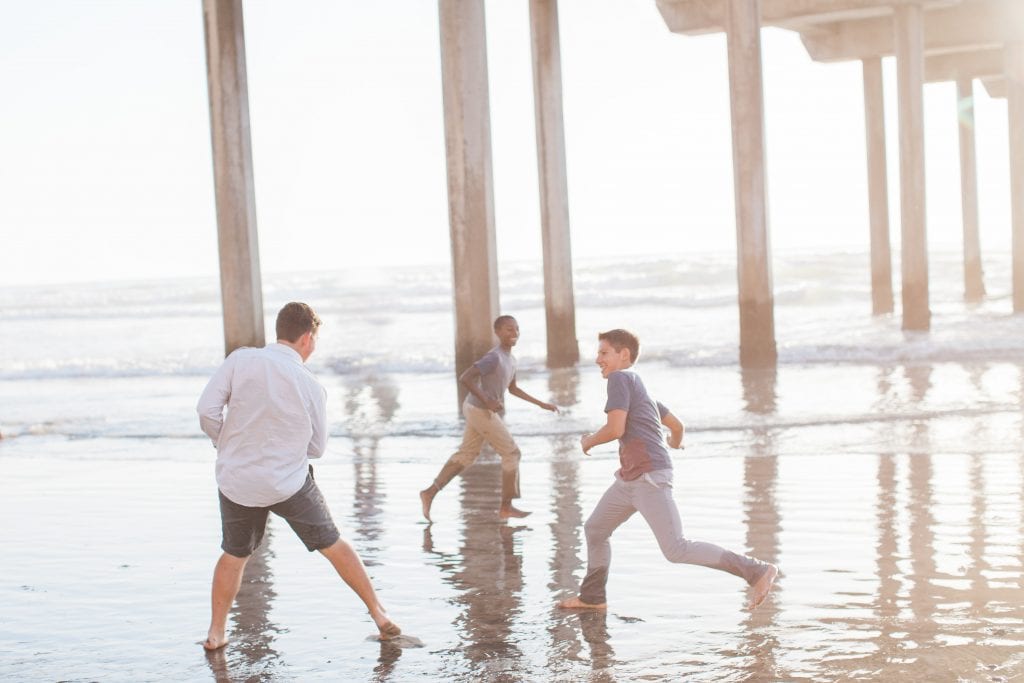 47: “Meet me where the sky touches the sea.” – Jennifer Donnelly

49: “I could never stay long enough on the shore; the tang of the untainted, fresh, and free sea air was like a cool, quieting thought.” – Helen Keller

50: “There was a magic about the sea. People were drawn to it. People wanted to love by it, swim in it, play in it, look at it. It was a living thing that was as unpredictable as a great stage actor: it could be calm and welcoming, opening its arms to embrace its audience one moment, but then could explode with its stormy tempers, flinging people around, wanting them out, attacking coastlines, breaking down islands.” – Cecelia Ahern

Beachside Fun! The Best Things to Do in Oceanside California!

75 Family Vacation Quotes That are Funny, Heartwarming and Too Honest

Pin for Later – 50 Beach Quotes [they’ll have you swooning for the beach!]