“This post is sponsored by Carter’s on behalf of Everywhere Agency; however, all thoughts and opinions are my own.”

I will never forget the painstaking moment when the nurses informed me that my newborn was having breathing problems and they needed to airvac him to Scripps Encinitas. It was less than 24 hours after giving birth and I was overwhelmed with emotions. While having a newborn in NICU wasn’t new to me, my first was a NICU baby born at 36 weeks, having my newborn separated from me and helicoptered to another hospital most definitely was which is why I was so eager to partner with Carter’s to share my little warrior’s story on World Prematurity Day. 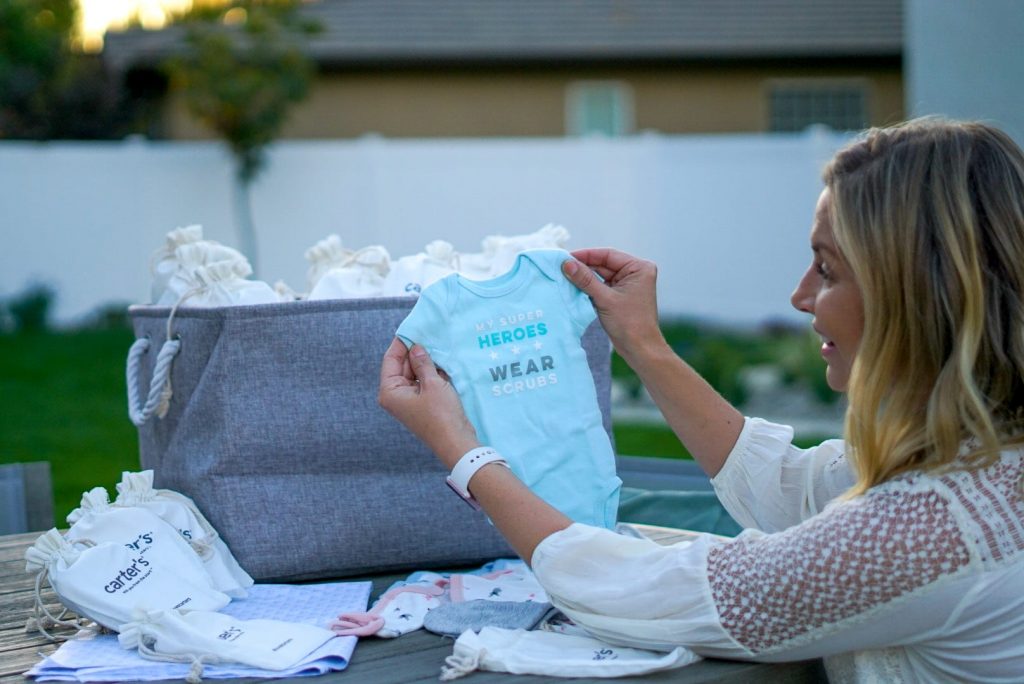 Did you know that 1 in 10 babies born here in the United States is born prematurely? In fact, two of my three biological babies were born preterm due to my preeclampsia. I remember being so excited to finally dress my tiny babies after getting cleared to go home from the NICU.

Carter’s happened to be one of the only brands that I could find that carried super cute baby clothes in preemie sizes. So, I was thrilled to partner with them for National Prematurity Awareness Month. Carter’s provided gifts to support all of the families at the hospital that took care of Owen after he was born. They gifted blankets, bodysuits, and gift cards. Plus, they included adorable little cards in which I wrote personal notes to each of the families. It may have been my favorite campaign EVER!!! It just meant so much to be able to give back to the hospital and nurses that did so much for my family 14 years ago. 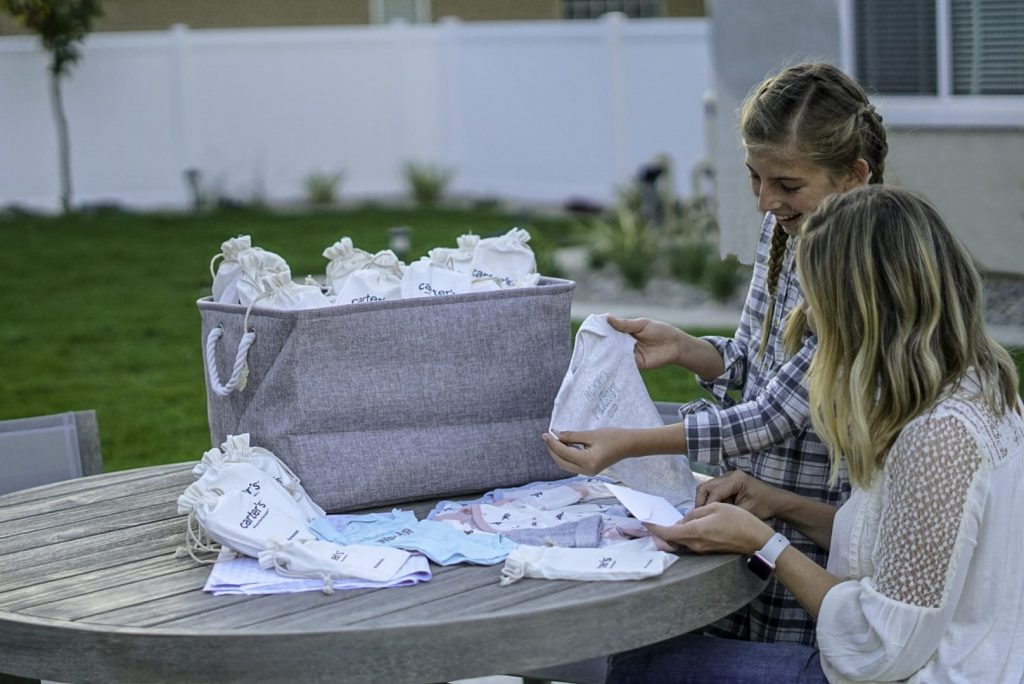 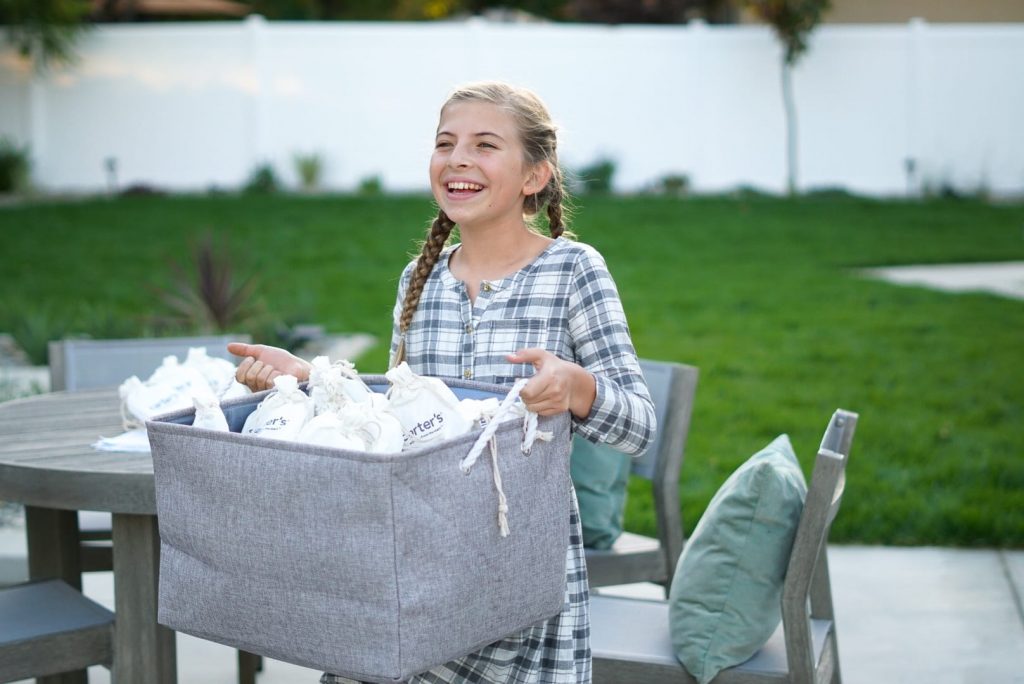 My NICU Experience at Scripps

There are a lot of things they prepare you for when you are having a baby. Things like c-section procedures, changing diapers, breastfeeding, swaddling and so on. But, the one thing I was completely unprepared for was delivering a preterm baby and dealing with the heartache and anxiety of having a newborn in the NICU. 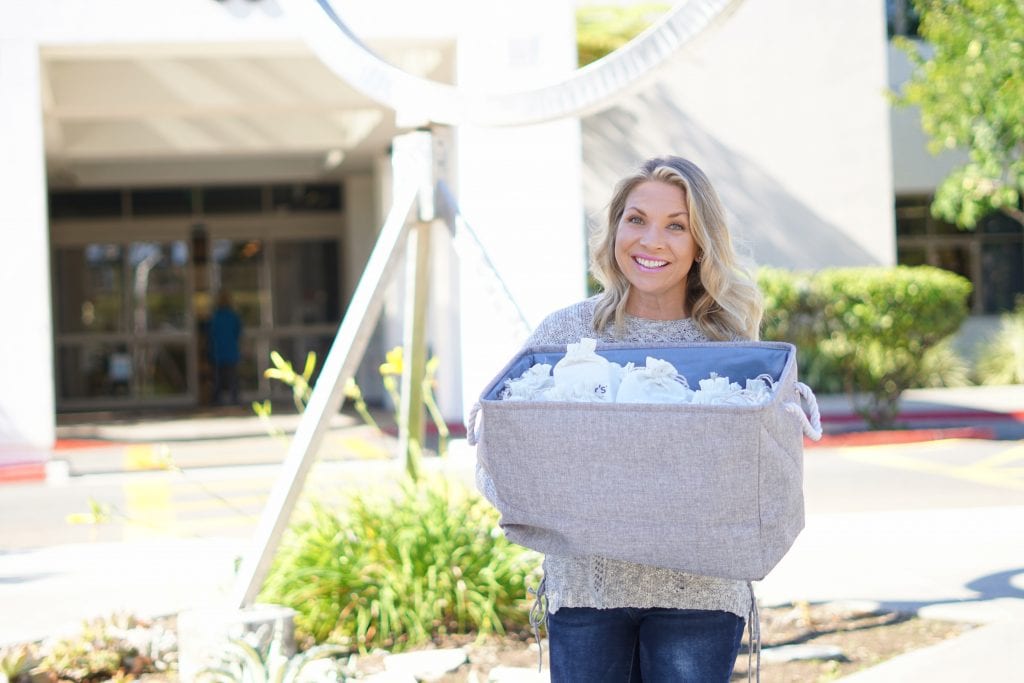 When I sat down to write this post a ton of emotions rushed back into my body, yes it has been nearly 14 years since I had a little one in the NICU but those raw feelings of helplessness don’t ever go away. As mothers, we feel like we need to have complete control over caring for our offspring. Having to stand outside of a clear plastic box with tubes up your baby’s nose and wires attached to their teeny tiny body is heartbreaking.

What is worse is having to leave the hospital to return home. Oh, my goodness the tears are welling in my eyes as I write this. That hour-drive home alone, with swelling boobs, tears streaming down my face- it was the worst. Helpless. That was the feeling. I wanted nothing more than to have my baby in my arms and there was literally nothing I could do to make that happen.

I would make the drive back and forth several times a day to visit my new little guy, Owen. I would spend as much time as I could with him. But, even time with him was hard. I had to wait for the incredibly kind and understanding nurses to unhook him (when he was doing okay) so that I could, at first just touch him through tiny armholes, and then eventually I could have them place him on my chest.

I would kiss his tiny forehead, sing to him, and tell him how much I loved him. I would gently rub his tiny back and tell him all about his amazing big brother Camden who couldn’t wait for him to come home. But, then it would come time for me to return home. I had another little one that needed me there and having just had preeclampsia myself I needed to rest ( and pump). 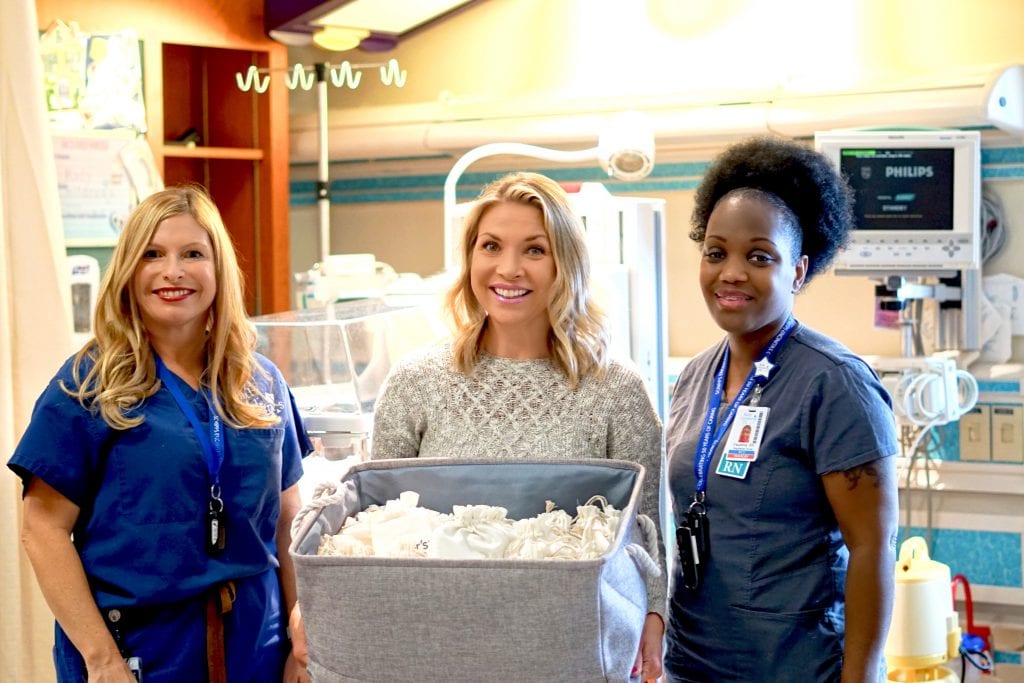 As the week went by I got to know the nurses at Scripps. They were so encouraging and patient. They would explain everything that was going on, inform me of the things I could do with my baby. Being at a hospital so far from home, our hometown didn’t have a NICU at the level our son needed), meant I didn’t have my family with me during my visits and because my husband was running our company and we had a two-year-old at home he couldn’t come either. So, those nurses were everything to me. They gave me the strength I needed to support my little warrior at a time where I didn’t know if I could make it through.

I remember one of the nurses telling me one-day as I was walking out that I should go treat myself to some shopping on my way home. She said my little one was ready for clothes tomorrow. I was elated.

I went to a nearby store that carried Carter’s preemie line and I bought the sweetest little outfit. It was such a proud moment for me and I couldn’t wait to take it to the hospital that next day. 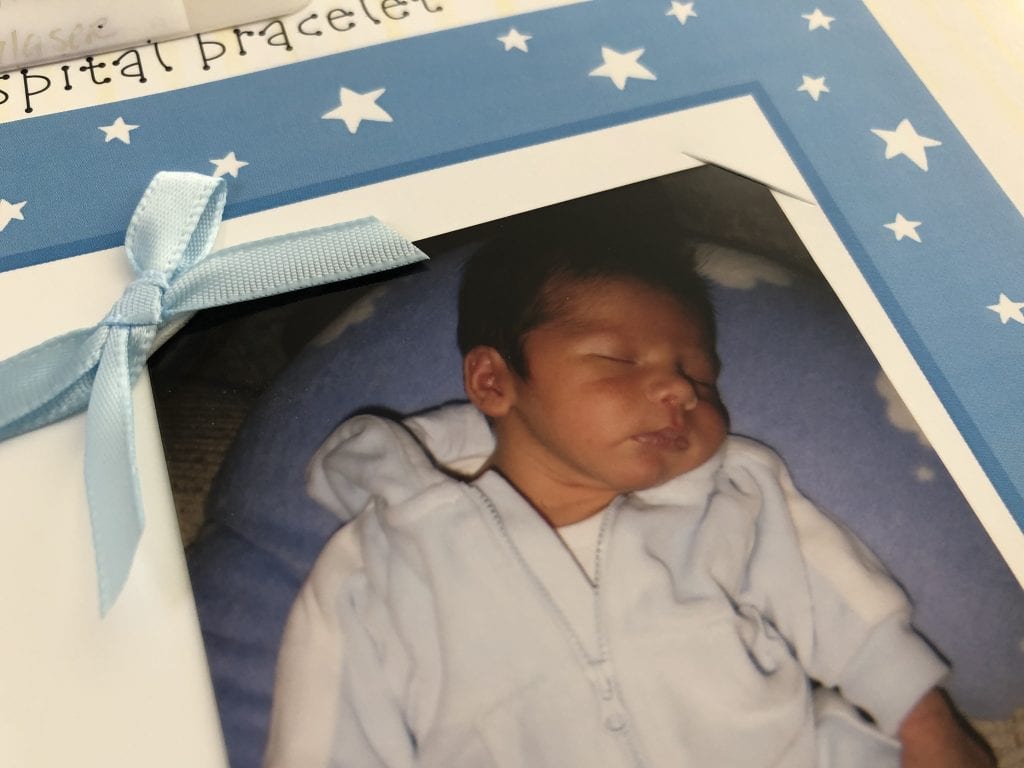 Carter’s has been a trusted source for parents of preemies for a long time. They were the clothing I had been able to put on my first preemie baby. At the time some of those preemie sizes were still a tad too big for my little 5 lb guy so I was so excited when Carter’s launched their new preemie line with even smaller size options, plus new features specifically designed to meet the needs of the tiniest newborns in intensive care. 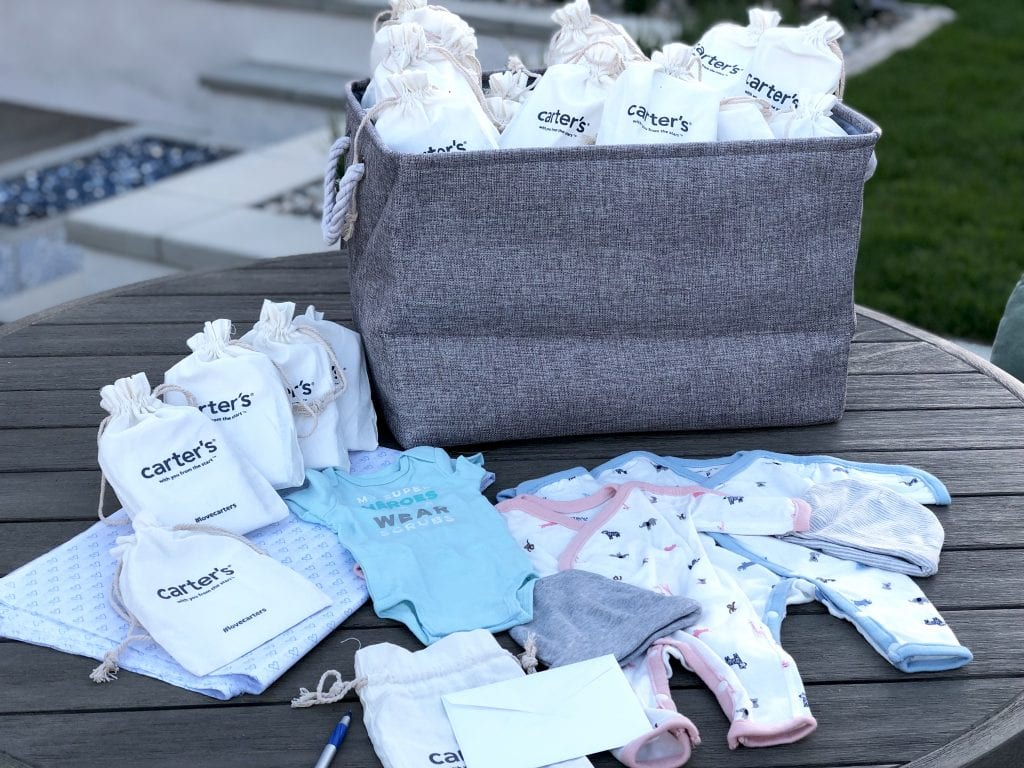 Carter’s has always been a trusted source for parents of preemie babies so I am sure it comes as no surprise that they have expanded their preemie line to include smaller sizes to fit the tiniest warriors and new features that allow for better IV access and can be worn during x-rays.

Adorable Designs (over 70 styles this fall)

One of the reasons Carter’s was my go-to choice when it came to dressing my preemie babies was the fact that they actually had outfits as opposed to bodysuits and pajamas only. Parents of preemies today are really lucky because it sounds like the line has expanded even more offering over 70 styles this fall- that’s amazing!!

And, they are SOOOO cute!! You can view the entire collection here on Carter’s website. You can learn more about the new features inspired by the feedback from real NICU nurses below.

To show their commitment to preemie babies Carter’s expanded their line to now include even smaller sizes, up to 5 lbs. Ella and I couldn’t believe how small the little bodysuits were.

The NICU nurses also suggested the addition of plastic buttons which can be worn during x-rays, a necessary procedure for many of these tiny warriors.

Another feature that parents with babies still in NICU will really appreciate are the Velcro enclosures. Not only does this make it easy to dress fragile babies but it also allows for easier IV access as well. 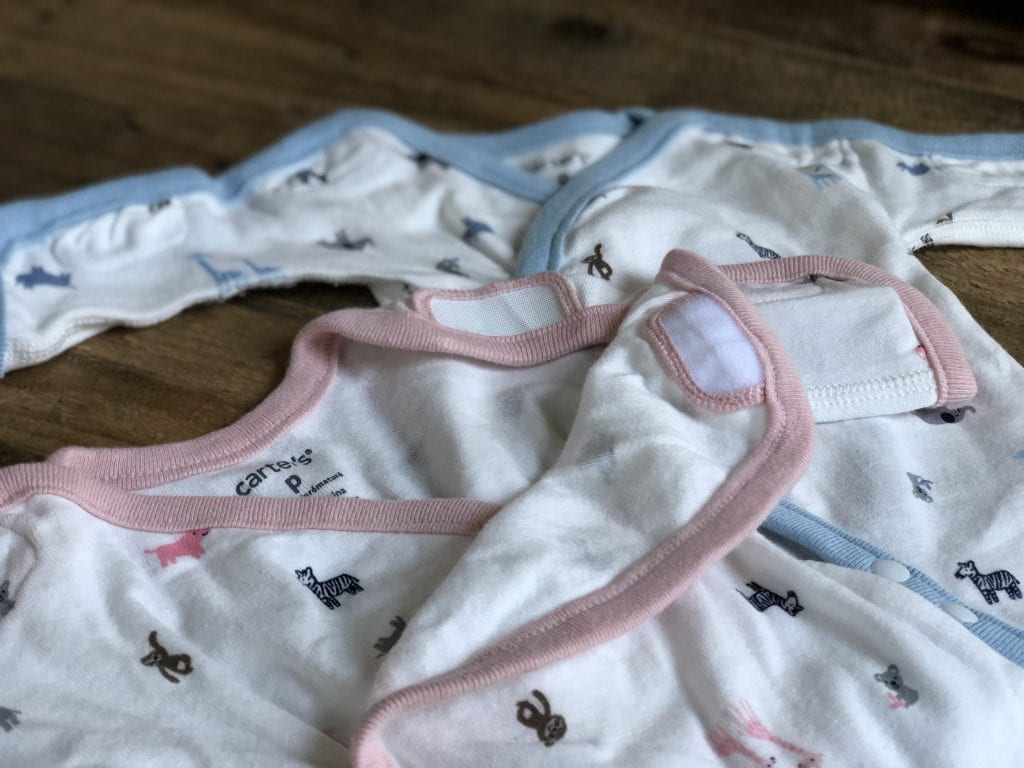 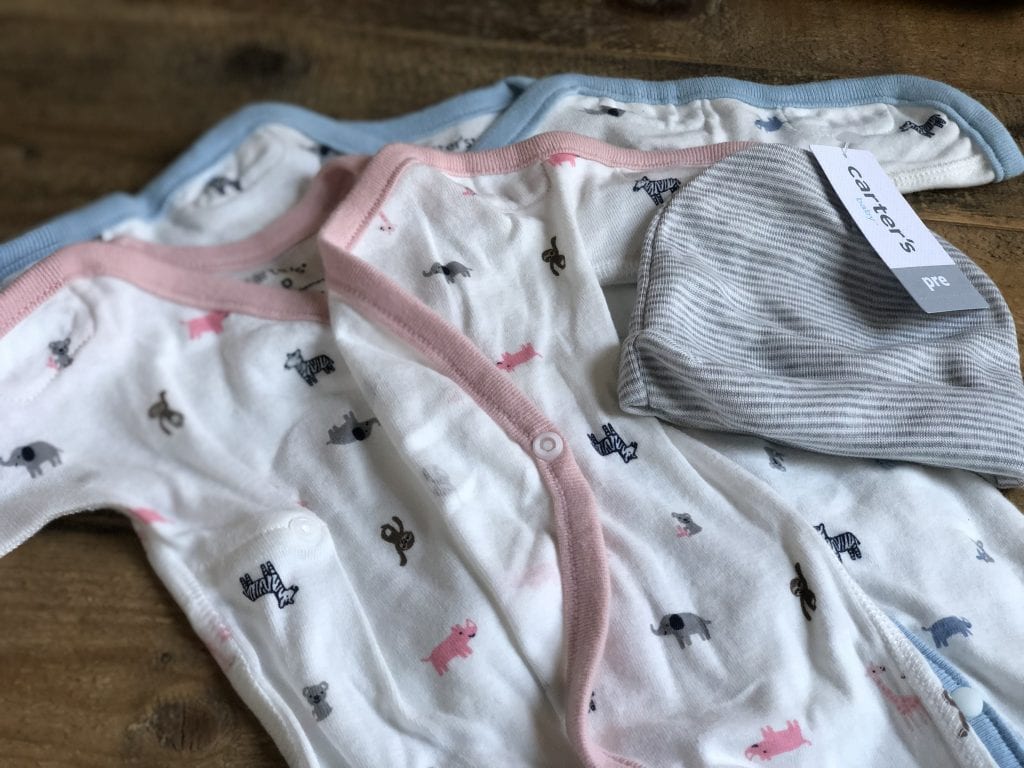 The Carter’s preemie line is now available in the preemie shop on carters.com and in select retail stores.