Happy Lunar New Year everyone! 2019 is the year of the pig, according to the Chinese zodiac. If you were born in 1959, 1971, 1983, 1995, 2007, and 2019 then you to are known as a Pig, according to Asian astrology. My daughter is the year of the pig so she insists we check out all the fun and excitement at Universal Studios Lunar New Year Celebration! 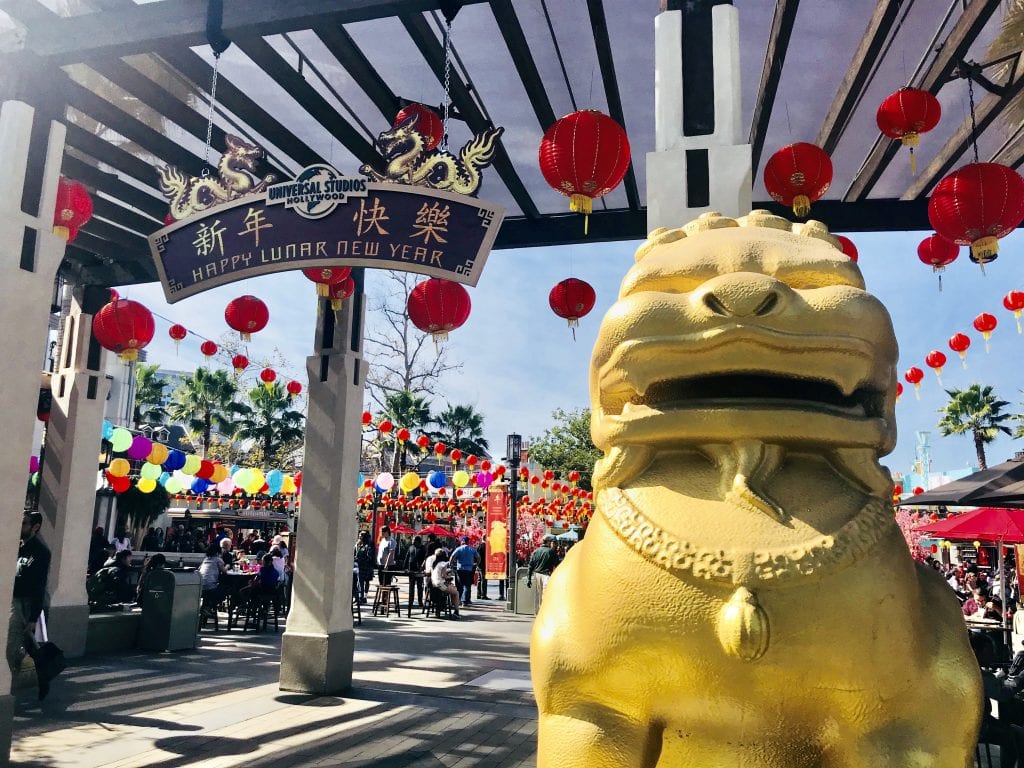 Celebrate Lunar New Year from February 5th-18th, 2019 at Universal Studios Hollywood. With the price of regular admission, you get all the amazing special activities and shows to help you celebrate and learn more about Lunar New Year. Plus, you get to meet Mr. Ping and try some of his famous noodles!!!

Check out some of the awesome Lunar New Year Celebrations happening at Universal Studios:

Who doesn’t love the minions, they are so adorable and very fun and interactive with the kiddos. I got to meet Kevin, last year! 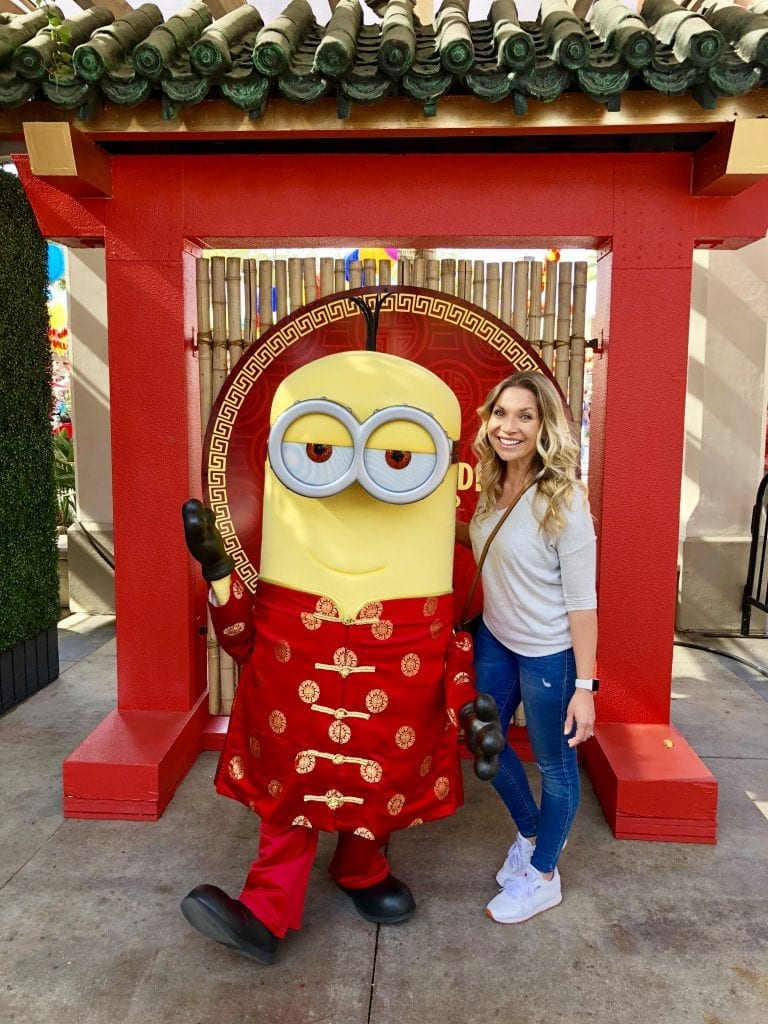 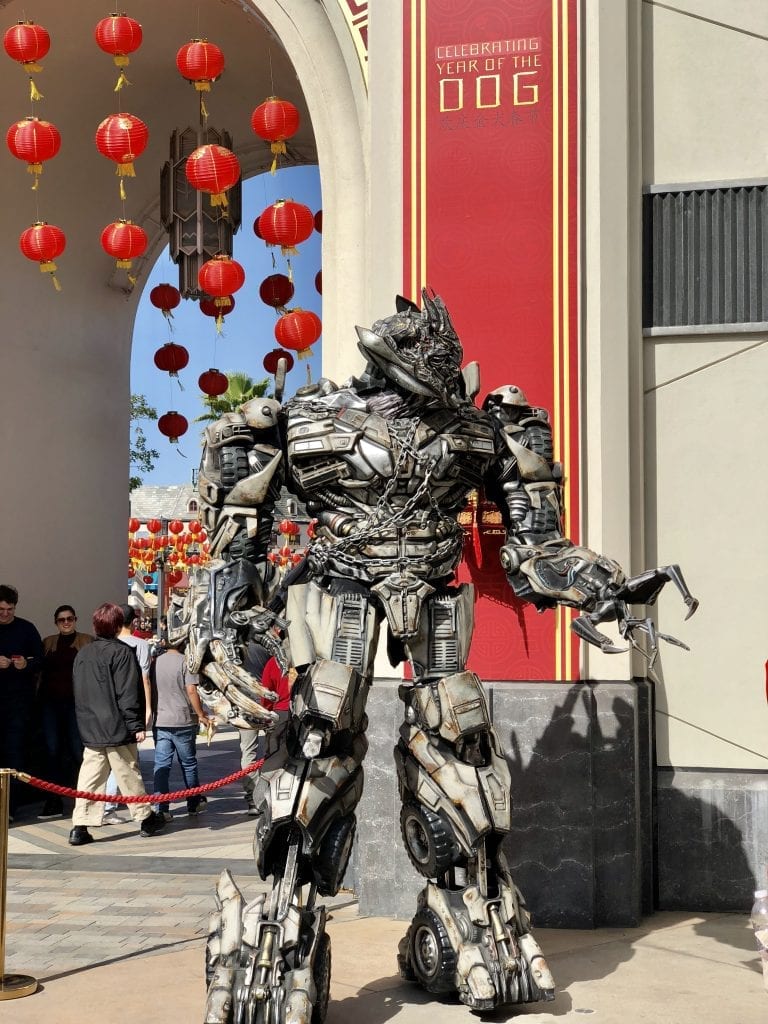 This was one of my favorite things to see. I seriously wish I understood Mandarin because those that did were really getting a chuckle out of what Megatron was saying. 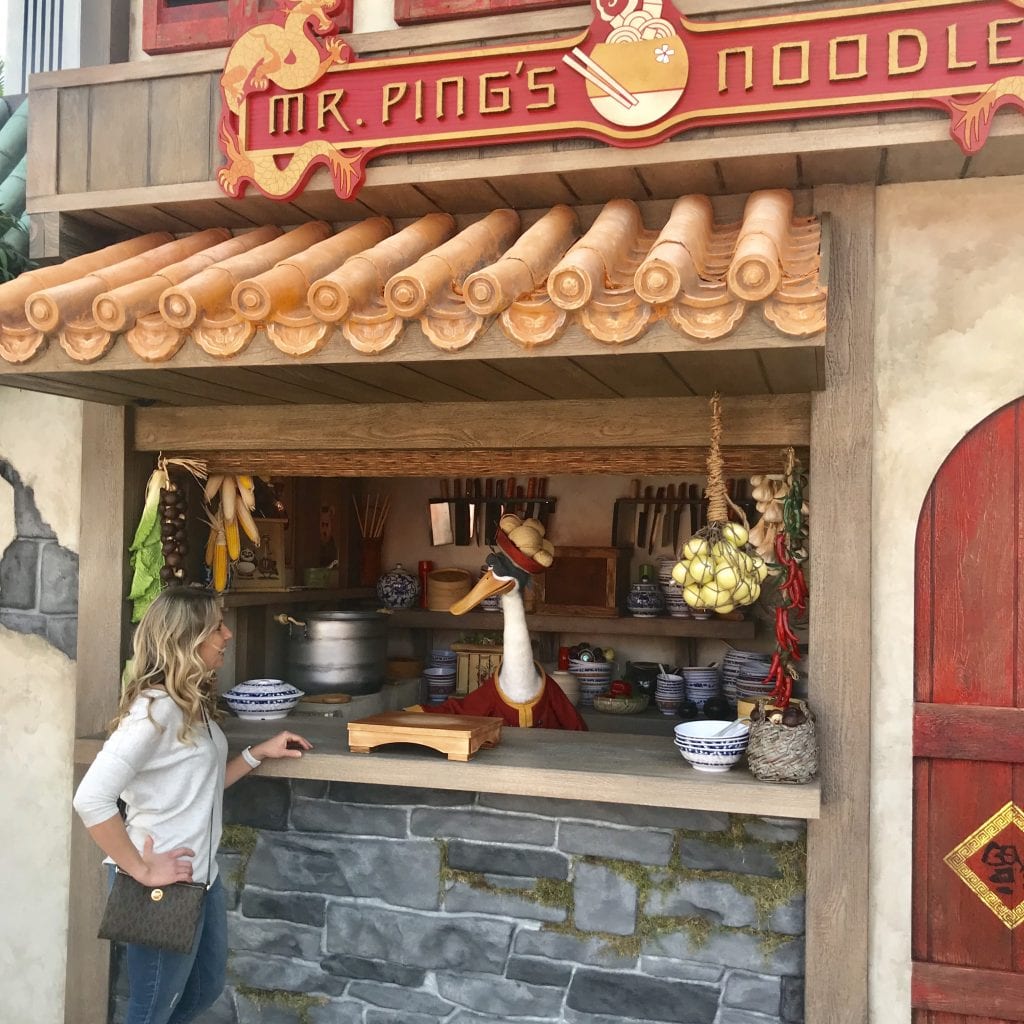 First, go visit Mr. Ping as he is the most adorable little guy and often has some funny and very “wise” words for you. Then head over to the noodle shop for, well noodles of course. SOOOO Delicious!! And, try the dim sum & egg rolls too!

In addition to Mr. Ping’s Noodle Shop, guests can feast on an array of Asian fare at various locations throughout the park such as Banh Mi Sandwiches, Baos and dumplings at the Plaza Grill and Asian Entrée Bowls at Hollywood and Dine and Gru’s Lab.

Specialty Lunar New Year desserts including a “Year of the Pig” cookie, a Chocolate Matcha Cupcake and a Ginger Cheesecake with fortune cookie can be also found at various carts and restaurants. 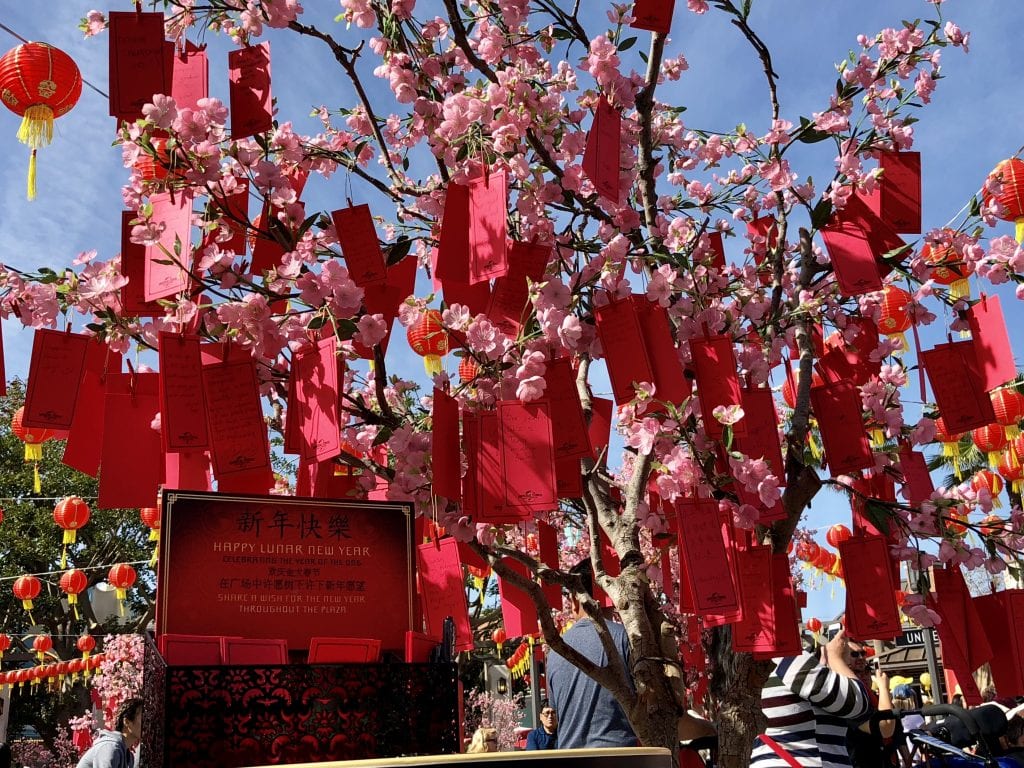 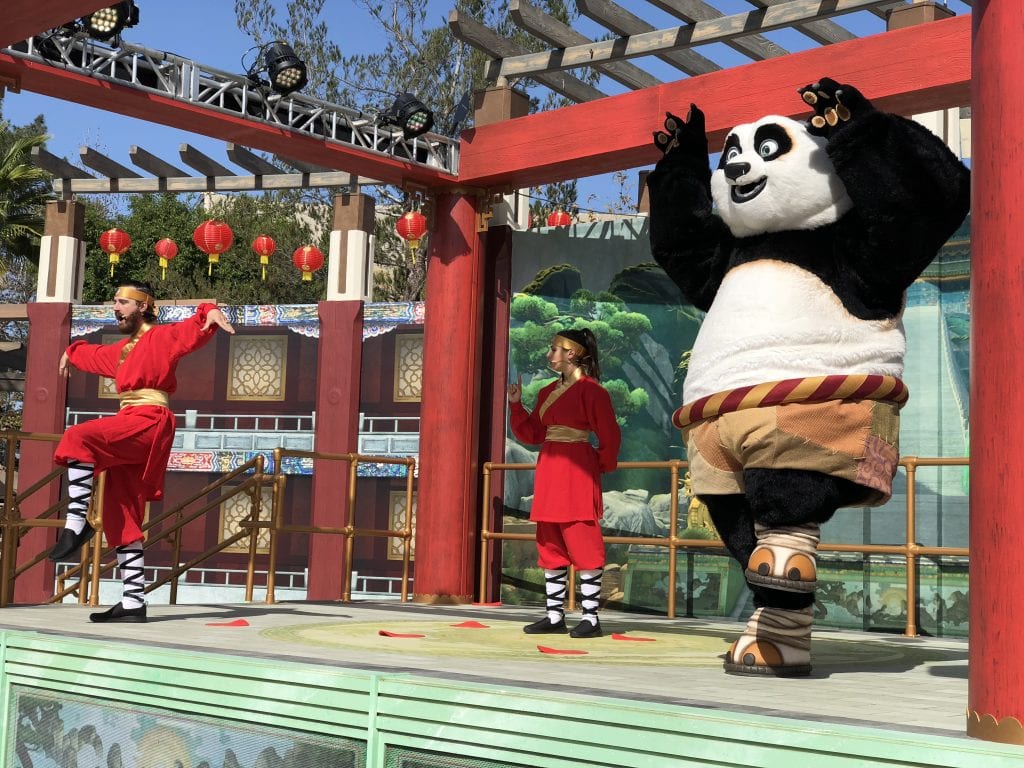 Plus Special Performances to Celebrate the Lunar New Year!

You can learn more about the Lunar New Year at Universal Studios Hollywood on their website here.

Of course, while you are there I definitely recommend you check out all the other amazing rides at Universal Studios Hollywood and you have to check out City Walk. Have you seen the donuts at VooDoo Donuts?? Check them out here… I promise they’re worth it!!! (YUM!!!) This year they even have a Year of the Pig Donut! 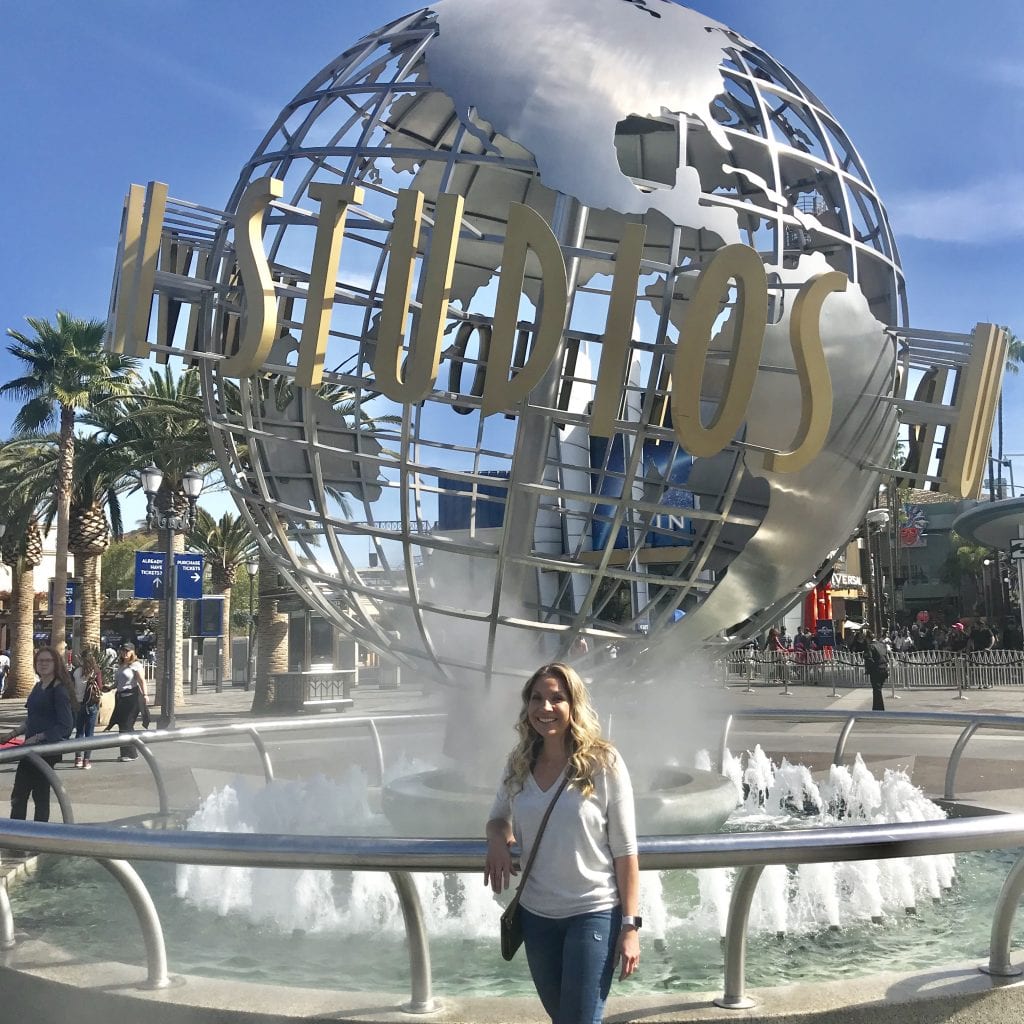 *Disclosure- we were guests of Universal Studios Hollywood for their Lunar New Year Media Event. All thoughts and opinions expressed above are 100% my own.