Cannes and Palma Majorca were both pretty chill days. We had planned zero excursions and pretty much just winged it both times. Cannes in a tender port which we have done on other cruises the only thing that we found odd was that NCL uses their own rescue boats for tender vs. other cruise lines that use separate boat companies from the port. I am curious to know if that is a NCL thing or if that is just how Cannes port works?? 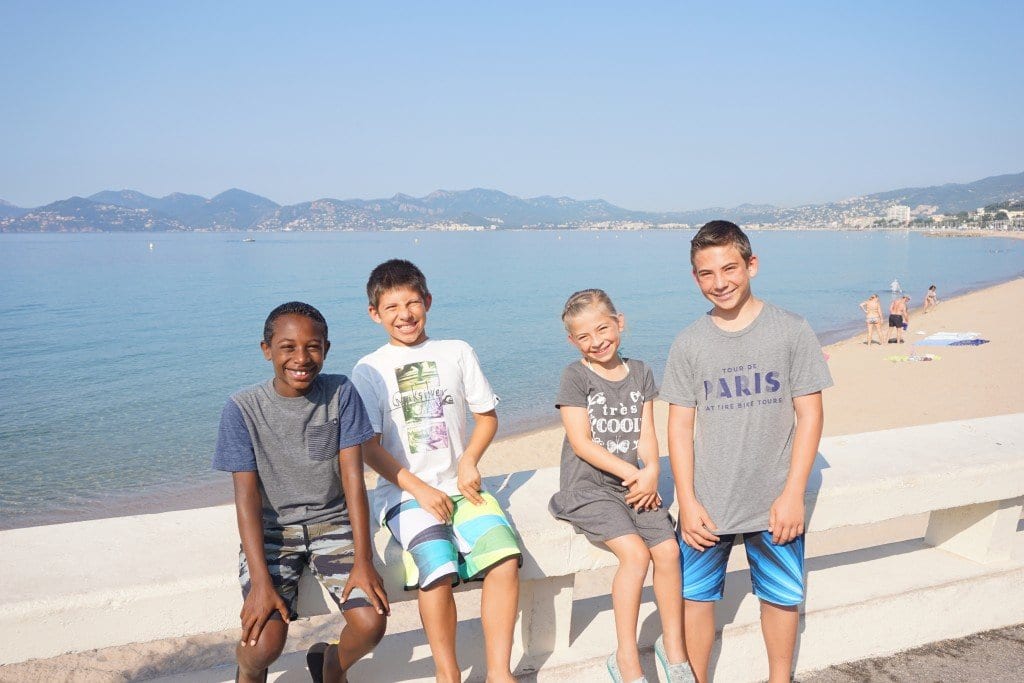 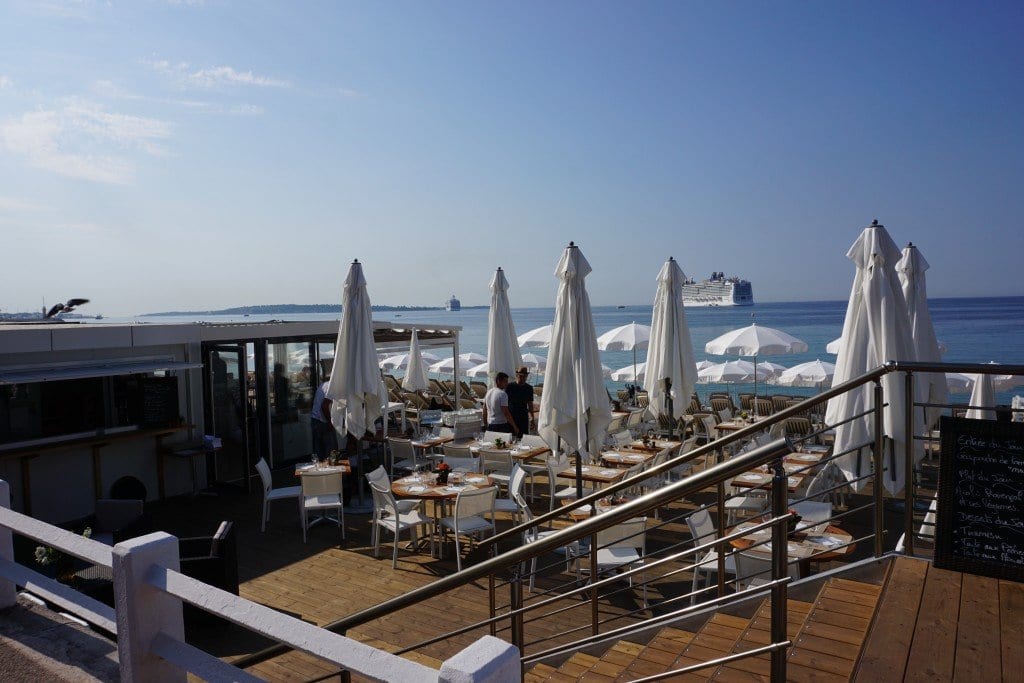 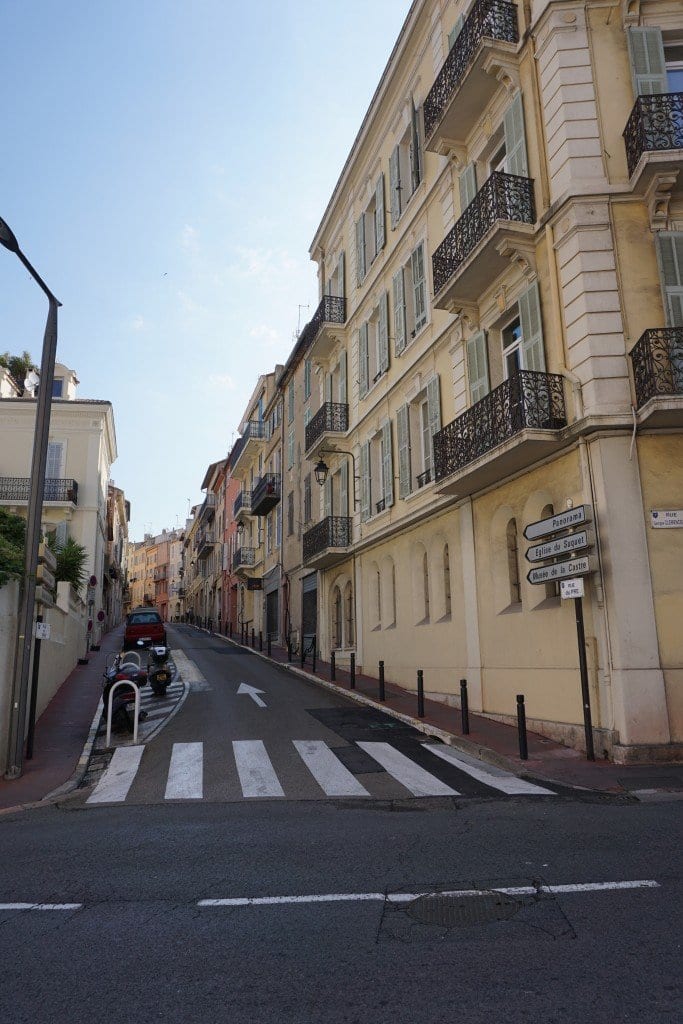 Isn’t the street above cute? Below is an example of why I gained 10 lbs on this trip… Not so cute. I mean apple pie, tiramisu and creme brulee are all listed as breakfast items @*!%$^ I had no chance! 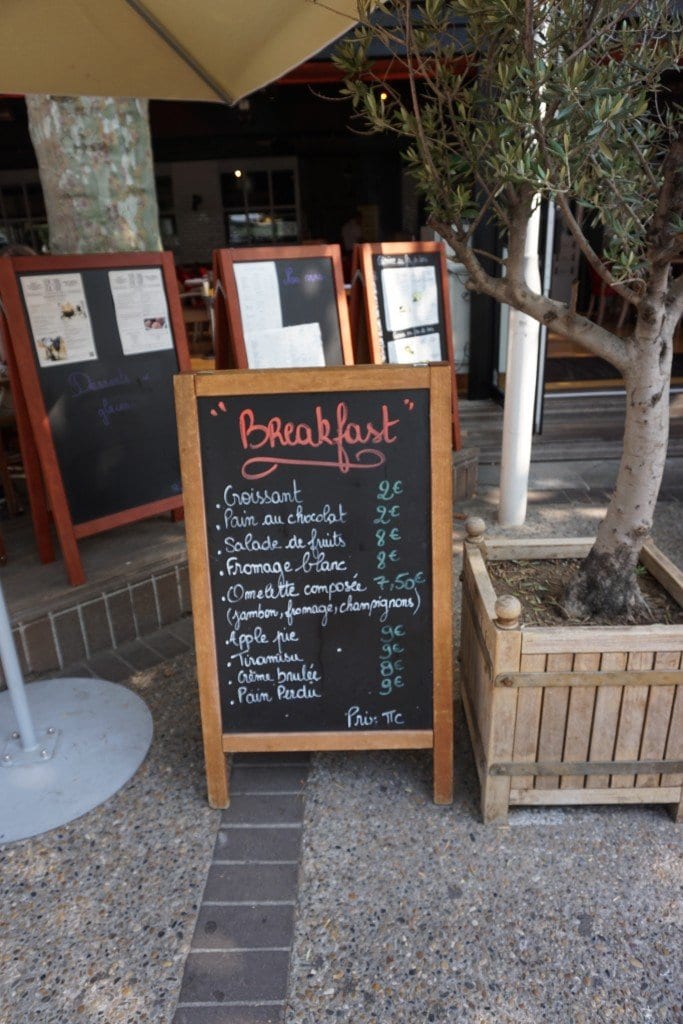 Cannes was alright- I was hoping for a little more glitz and glamor being in the French Riviera- ooh la la!!  We walked around… found a few beach clubs where you paid to use their area of the beach and their services. I knew they were topless beaches so we kind of steered clear. We found a side road and used our favorite app on the trip- From Rome to Rio (absolute best way to figure out transportation all over Europe) and realized there was a shopping area near by. It had tons of modern stores and restaurants and we enjoyed walking around and window shopping. We stopped in at some amazing patisseries and also passed by some beautiful yachts on our way back to the ship. There were tons of smokers unfortunately in Cannes and the kids were getting sick of the small- they were also getting bored so we hopped back on the boat with a few hours of getting off. 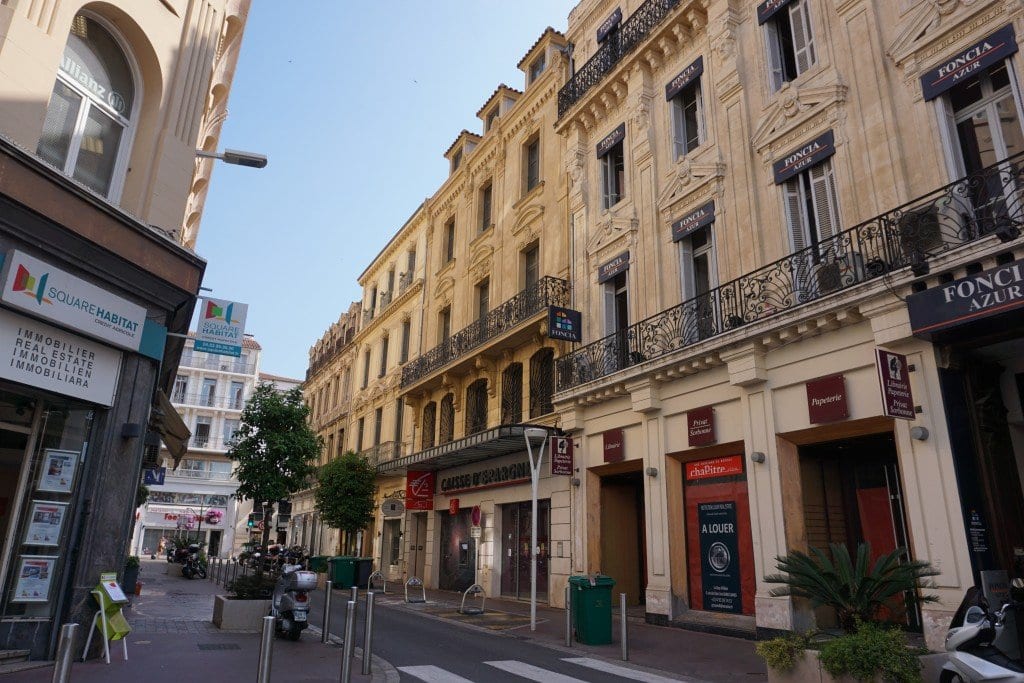 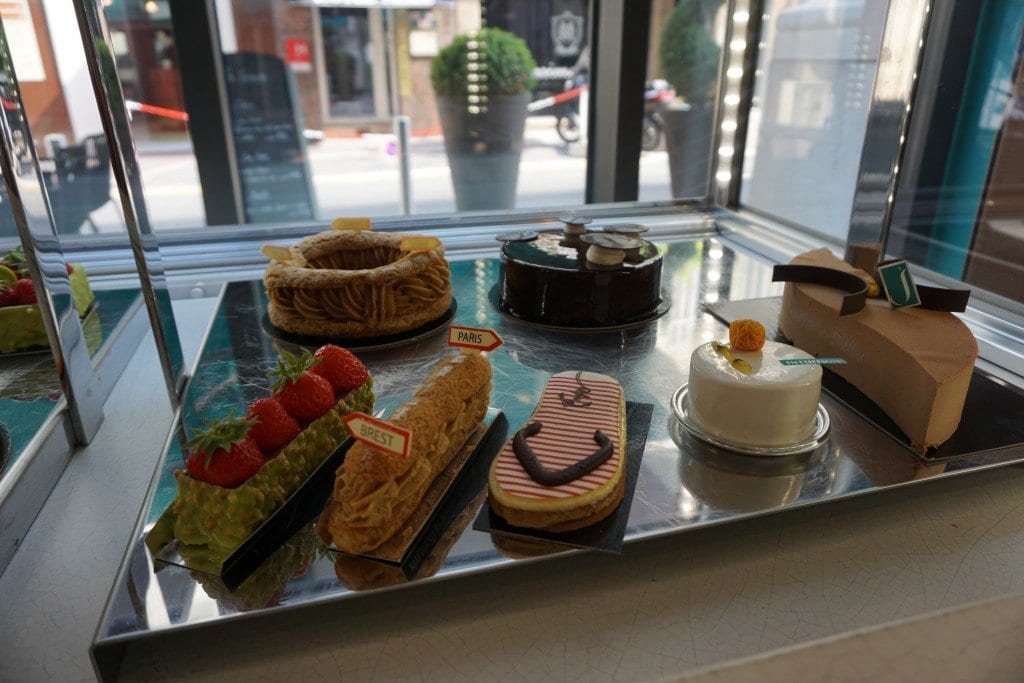 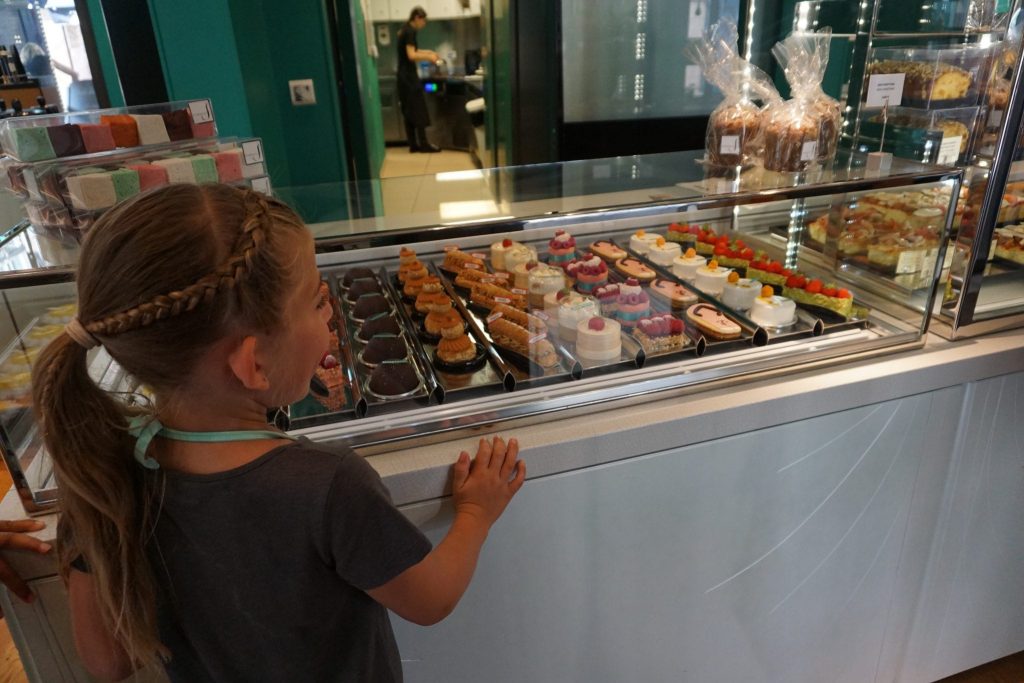 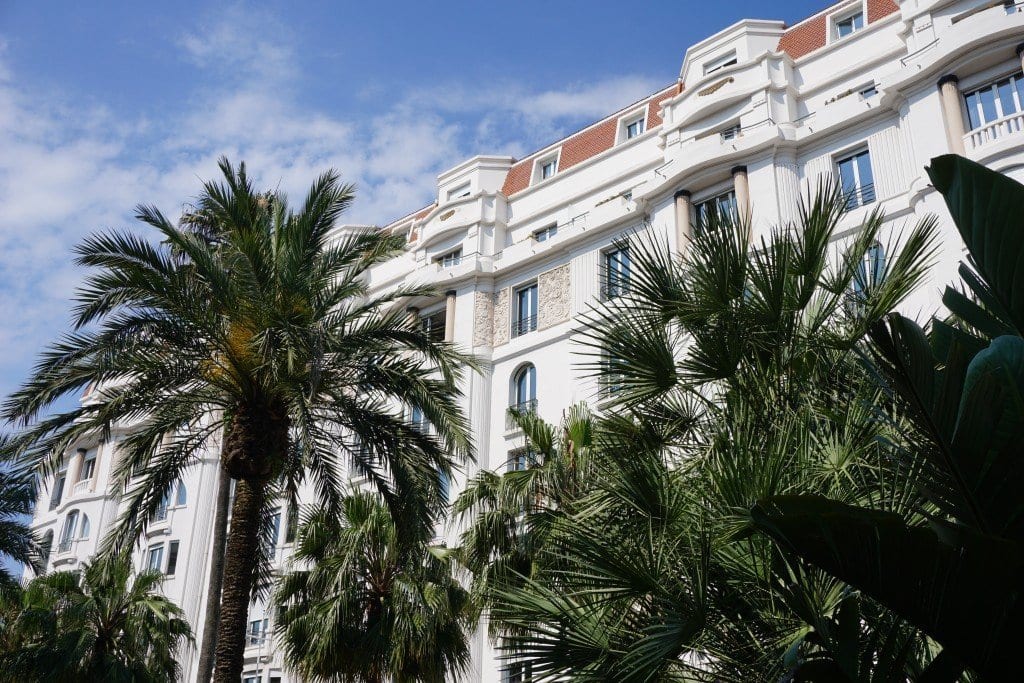 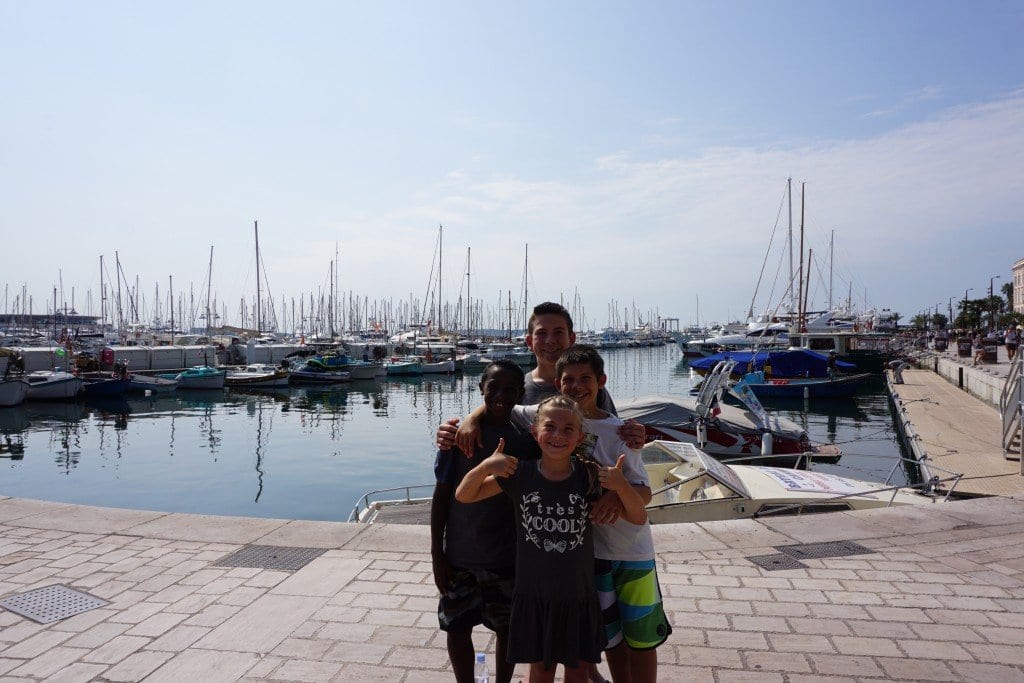 Back on the boat we the kids chilled at the pool and rode the slides. In the evening we headed to Le Bistro for dinner. It was my least favorite of the cover charge restaurants although I am not a fan of French food so take that lightly. We decided the kids would hang out at the kids club so that we could go explore the Ice Bar on board. It was fun… but FREEZING! There is a charge of $20 I believe which included 2 drinks inside the bar but I was SO COLD I only drank one before I had to get out of there. 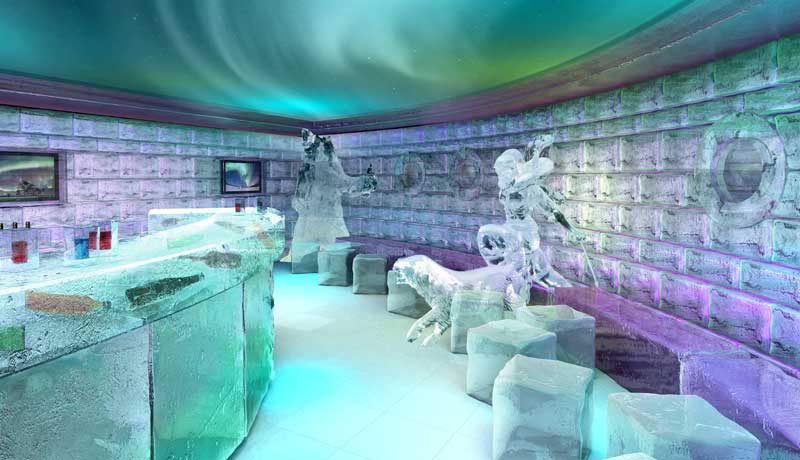 We picked up the kids and could tell that they did NOT enjoy the kids club. They confirmed my thoughts and we agreed they didn’t have to go back. We took them up to watch a movie on the back of the boat on the outdoor screen. They were showing Indiana Jones which the kids thought was great. I loved that the NCL staff came around and passed out warm blankets. I also learned that Spice H2O also serves appetizer type food from 6-9pm that sounded delicious: Chicken Satay, Popcorn Chicken and Sweet Potato Fries- YUM!!! 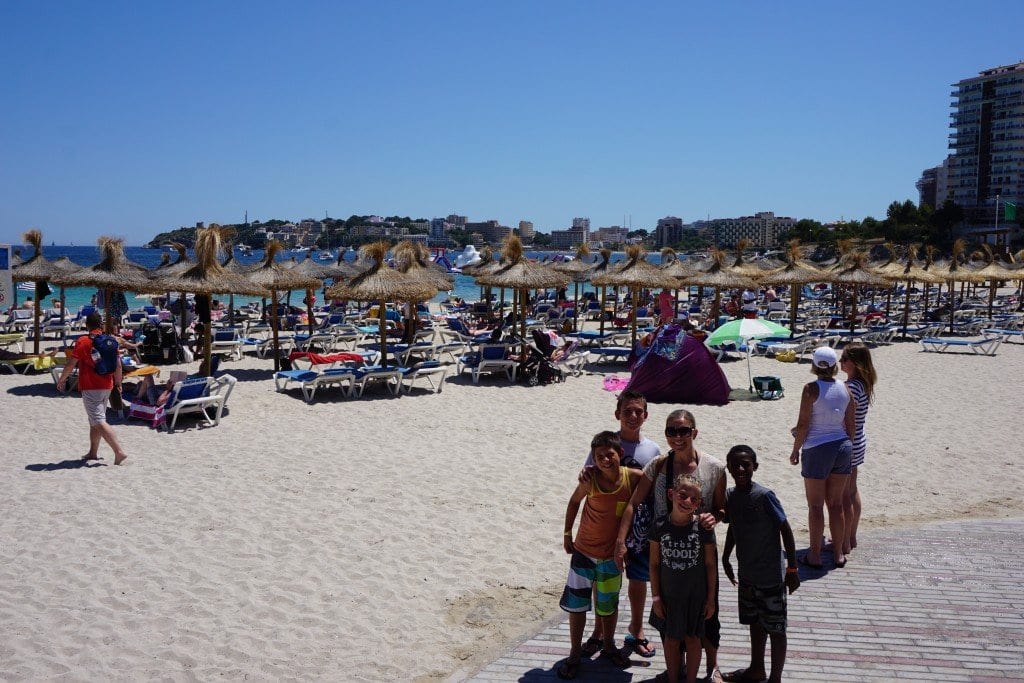 Next stop was Palma Majorca. This port was fantastic. It was huge, clean, had organized taxis, shops and restaurants. We grabbed two cabs bc they didn’t have any large taxis. The taxi driver told us there was a beach nearby that was good for kids called Palma Nova. We agreed that sounded good and headed there… it was a 15 minute drive and cost 20 euro a car. Palma Nova was perfect! It was a nice beach, plenty of shops and restaurants near by, the water looked nice and there was a giant obstacle course out in the ocean for kids and adults too! 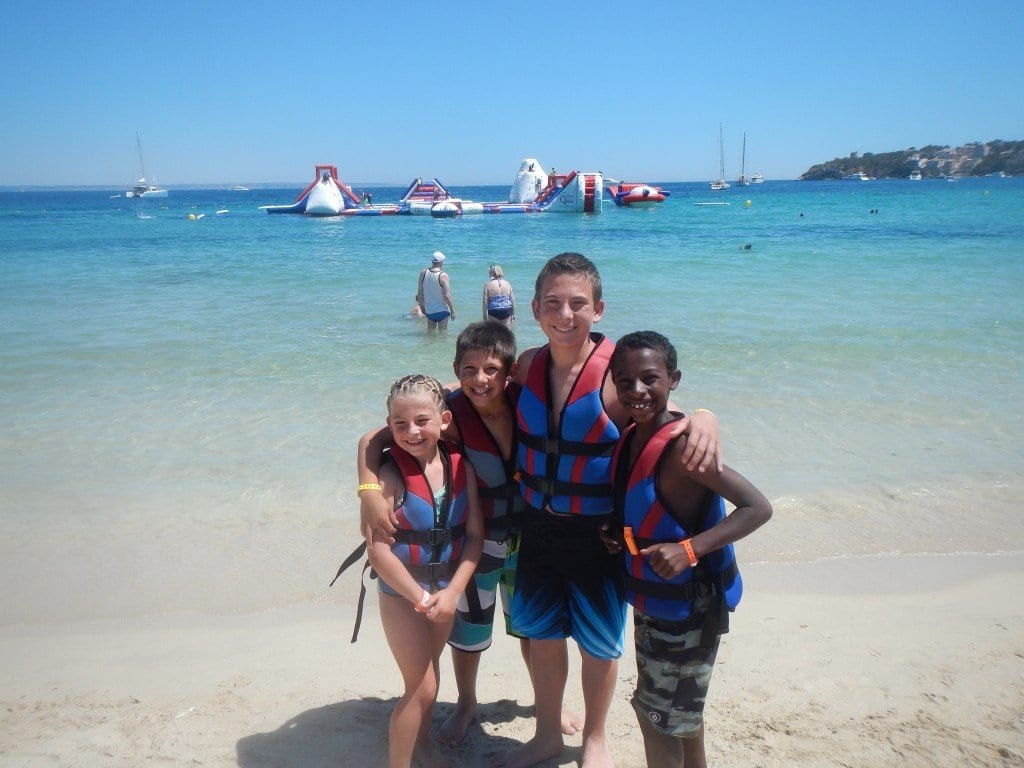 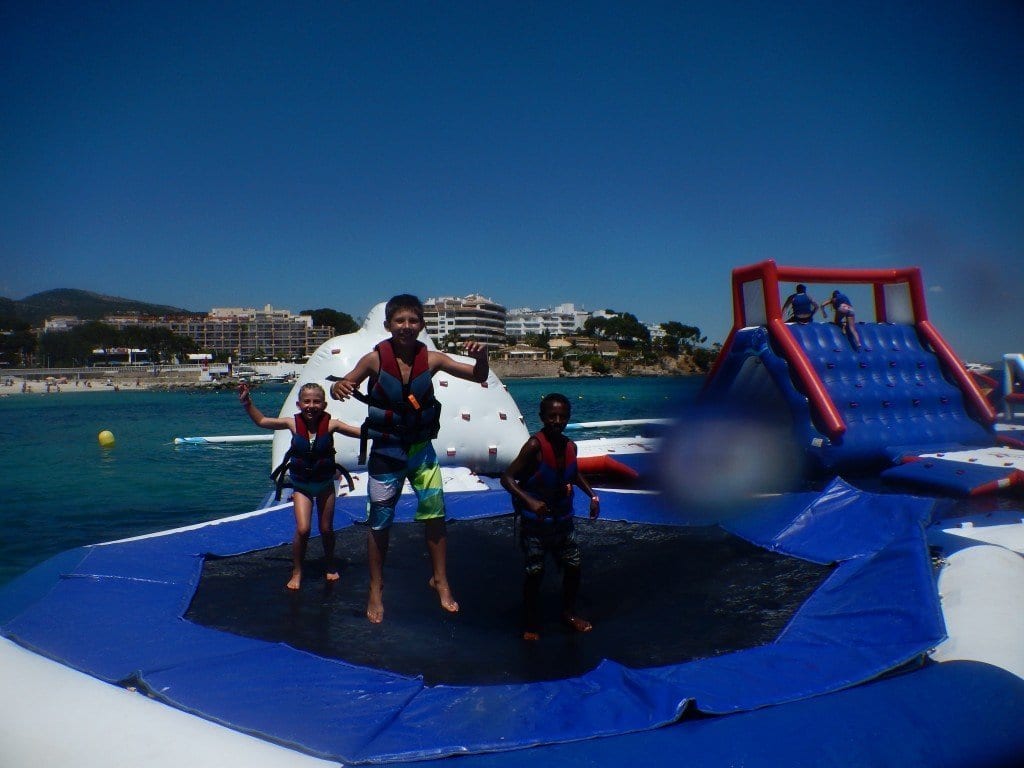 We found a spot, laid out our towels and got the kids signed up for the obstacle course. The course cost 10 euro per kid for an hour and they gave them life vests to wear. Everything was going great until… our oldest son said “Mom… we need to move.” “What? Why?” I asked. He pointed out in the water and all the sudden I realized there were boobs EVERYWHERE!!!! We were at a topless beach!!! We explained to the kids this was normal for most French and Spanish beaches and that it was just a part of the body, natural yada yada yada. So, the kids got a lesson in biology and culture- gotta love international travel.

Dinner was the highlight of the day. We had reservations at the Teppan restaurant and it was the BEST Teppan we have ever eaten and the chef was absolutely hilarious the whole night. It was awesome!!! Eggs being chucked into the kids mouths, laughing… just one of those nights that goes down in the books. I would have been happy even if we paid the cover charge for each of us. In fact we even booked the restaurant again for later in the week because we loved it that much. If you are on NCL you have to try it!!