Any big family gathering in my family includes a delicious spiral sliced ham. For years my family relied on a certain company to order our ham from. It was costly and kind of a pain to find a local store, go in and order the ham, and then come back to pick it up. So, last Thanksgiving we switched it up and ordered a pre-cooked spiral sliced ham from Omaha Steaks and it won the whole family over! Now I am giving away 5 Hams from Omaha Steaks. Skip to the GIVEAWAY HERE

*This is a sponsored post in partnership with Omaha Steaks 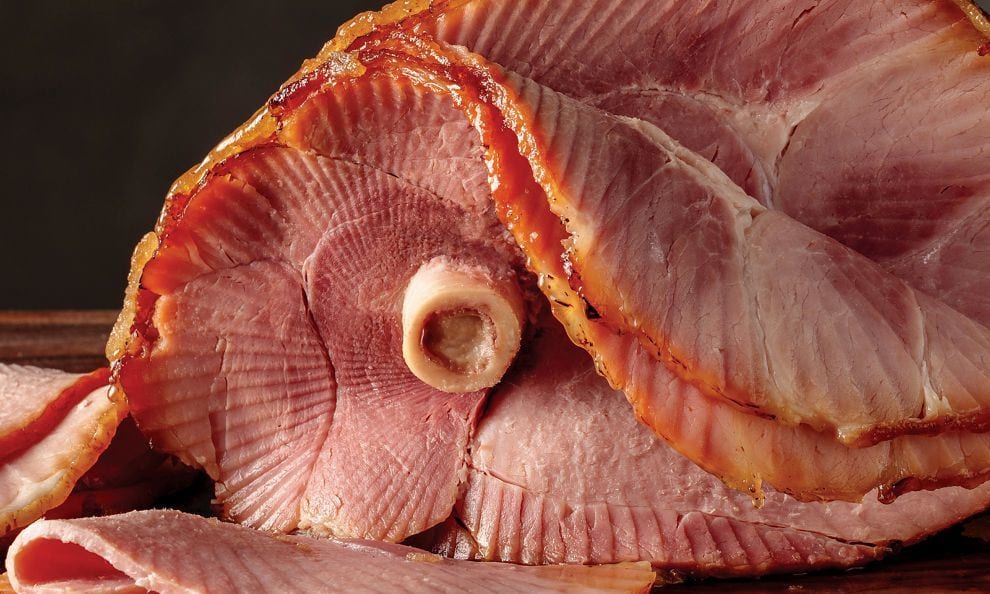 We have been fans of Omaha Steaks since I was a child but mainly for their delicious steaks, twice-baked potatoes, and caramel apple tartlets. I had no idea they had delicious pre-cooked spiral sliced ham until late last year. Man, have we been missing out? This is hands-down the BEST spiral spliced ham we have ever had.

3 Reasons to Choose Omaha Steaks for Your Spiral Sliced Ham

Before even getting into the reasons you should order your spiral sliced ham from Omaha Steaks let’s just chat about how amazing Omaha Steaks is in general. As an ambassador for the brand, I had the opportunity to tour the facilities in Omaha. I personally, met with the farmers, butchers, and warehouse staff all who take great pride in the great products they deliver to their customers.

As a family-owned company, health and safety of their consumer are a number one priority at Omaha Steaks so whether you are ordering steak, dessert, seafood, or a spiral sliced ham you can rest assured that you are receiving a fine quality product that will be handled with the utmost care. This is why I always order my meats from Omaha Steaks and it is also why I am proud to share the brand with all of my friends and family members.

You Don’t Have to Leave Your House to Order

That is right you can order your spiral sliced ham directly from your smartphone or laptop on OmahaSteaks.com. This means that you can shop in your pajamas on your couch. Pretty sweet, right?

Then Omaha Steaks delivers your spiral sliced ham frozen to your doorstep. Talk about convenience!!

I could not believe how easy it was to prepare my spiral sliced ham from Omaha Steaks. As I mentioned it is delivered frozen to your door. You simply thaw in a refrigerator for 24-48 hours.

If you wanted you could serve it directly from the refrigerator because it is pre-cooked. But, I prefer to heat mine.

To heat your spiral sliced ham you simply preheat your oven to 325°F. Remove Spiral Sliced Ham from film and foil. Place ham cut side down on a raised edge baking pan lined with foil. Heat, uncovered, for 60-75 minutes for entire ham or 10 minutes per pound for smaller portions. That is it!!

I think my dad nailed it when he said that the ham had the perfect balance of sweet and salty taste. Omaha Steaks smokes each ham over real wood smoke for up to 24 hours to maximize the juiciness. Then they generously brush it with a tasty brown sugar glaze before torching it to create the ultimate crunch around the edges. It’s pure perfection!

Order today and SAVE big! Omaha Steaks has is offering 38% OFF their Spiral Sliced Ham. You can get that offer here.

This year Omaha Steaks is offering two additional ham choices for you to choose from. So, now you can decide whether you want a spiral sliced ham, Duroc boneless country ham, or a pecan wood smoked flank ham. It’s definitely not the easiest choice. 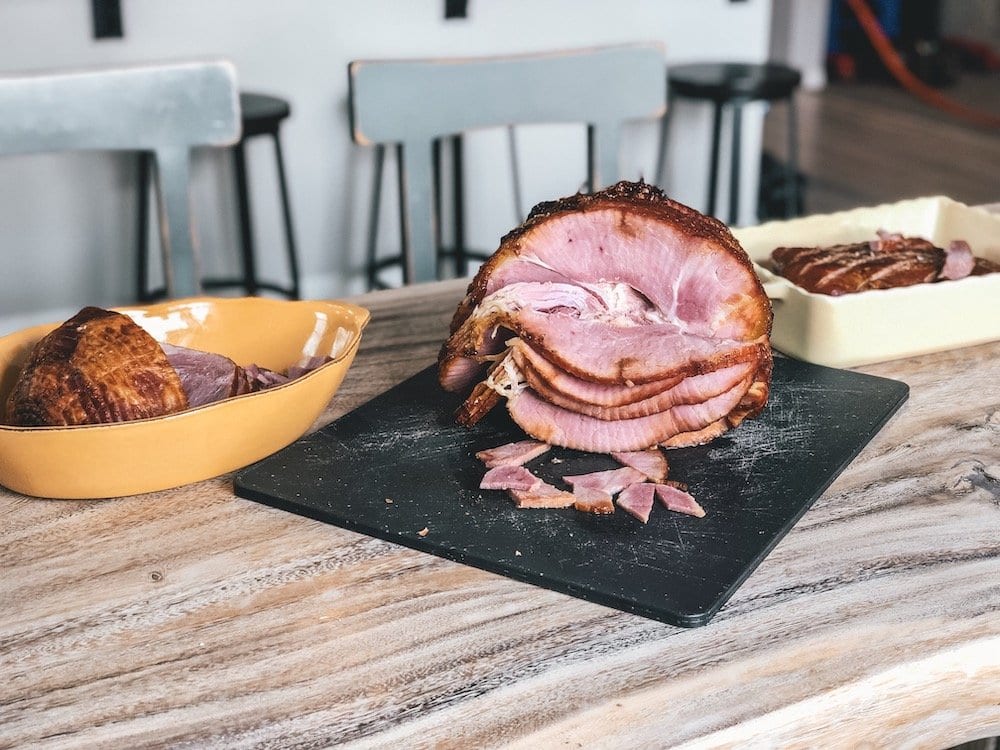 My daughter Ella and I had fun taste-testing all three hams here. Find out which ones we chose as our favorites by watching this quick video-

Duroc hams come from a specific breed and are known for their juiciness and rich flavor. Omaha Steaks takes this amazing cut of meat and slow-smokes it over hickory for 8 hours. This allows them to deliver a super tender ham rich in pork flavor that you are bound to love. 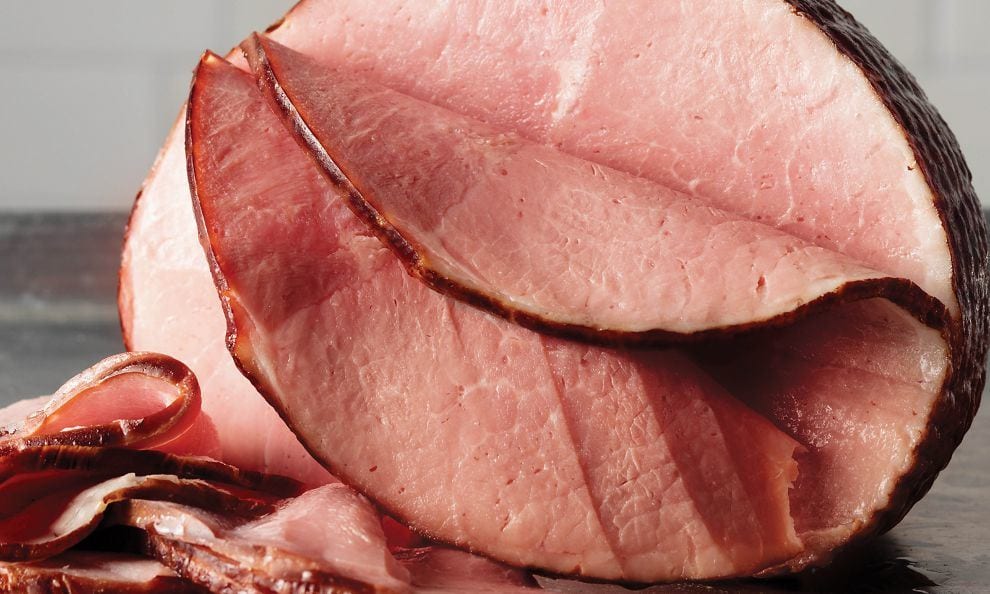 Just like the spiral sliced ham the Duroc boneless country ham comes fully-cooked so all you have to do is thaw and serve. Again, I like mine warmed up so I simply heat it in the oven. It heats up really quickly.

This cut of ham really impressed me- it was delicious!! Possibly my favorite cut of ham ever! Which is really saying something because I LOVE ham!

The skilled butchers slow-smoke the pecan wood smoked flank ham over real pecan wood chips for 8 hours creating a mellow-sweet lightly smoked yet clean natural flavor. Its extremely tender and looks beautiful on a platter with its artisanal shape. 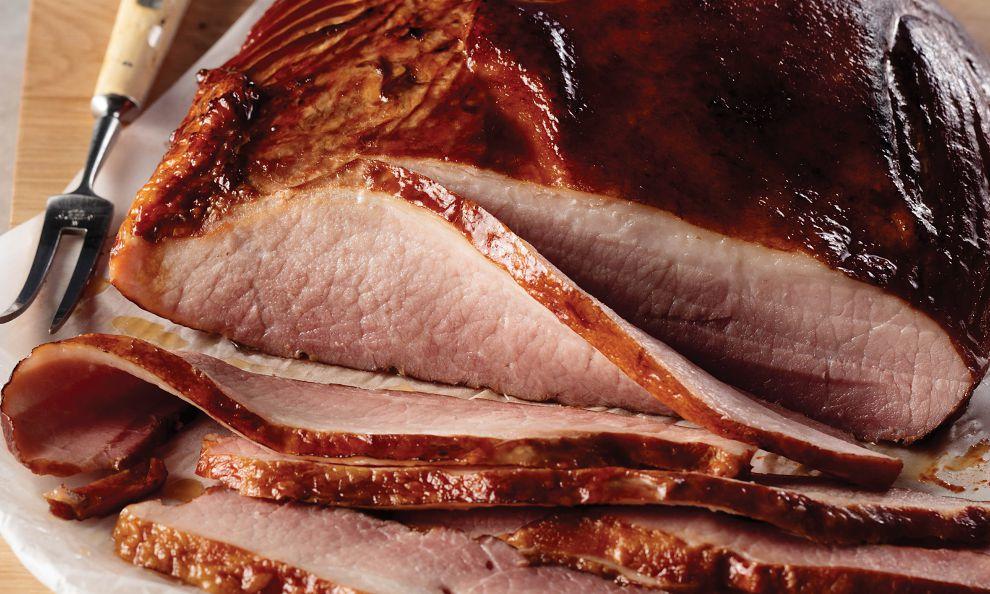 Like the spiral sliced ham and Duroc country ham, the pecan wood smoked flank ham also comes fully-cooked. It can be thawed and served or heated in the oven, which again is the way I prefer it.

WIN Your Choice of Ham from Omaha Steaks (5 Winners)

Win Your Choice of Ham from Omaha Steaks (5 Winners)

Omaha Steaks makes your Easter spiral sliced ham so easy, but it doesn’t stop there. They also offer appetizers, sides, and desserts which can make hosting Easter dinner a breeze. I thought it would be fun to share the dinner I want to serve this Easter so that those of you who would like to spend less time in the kitchen and more time with family this year actually can. 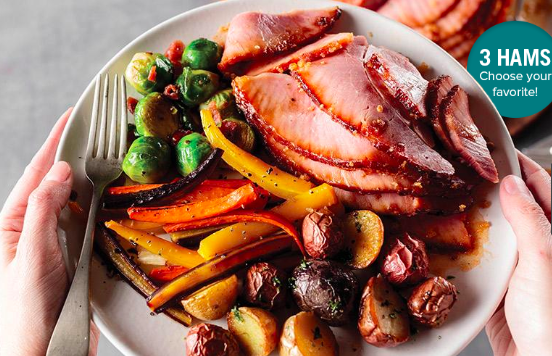 Have you tried a Spiral Sliced Ham from Omaha Steaks?