Universal Orlando host some of our favorite theme parks. Movie magic takes on a whole new meaning at the cinematic Universal Orlando theme park in Florida. You can visit the Wizarding World of Harry Potter, grab a bite to eat at CityWalk, ride some roller coasters, meet a Transformer, and enjoy a luxurious stay at one of the park’s fabulous hotels. You are truly immersed into some amazing worlds as you travel through the parks. That being said, the parks can get busy, which is why we are going to take a look at the Universal Orlando Express pass. What is it, is it worth it and why it’s one of my favorite Universal Orlando Tips! 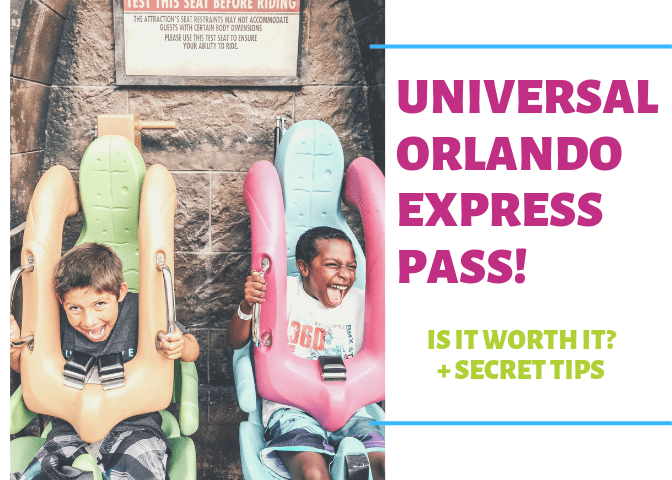 The Basics of the Universal Orlando Express Pass

A Florida summer at a theme park can be filled with stifling heat and quite the long lines. This is not the ideal family vacation you were dreaming of. But never fear- the Universal Orlando Express Pass is here to help solve at least a couple of these issues! In short, the Express Pass will allow you to skip the lines at some of the best rides and entertainment at all three parks!

Simply put, the Express Pass is a line-skipping tool. It will allow you to make it to more rides and activities by avoiding long lines. The Express Pass is an optional add-on that can be added to existing tickets. It can also be included with bundle packages and/or hotel stays. 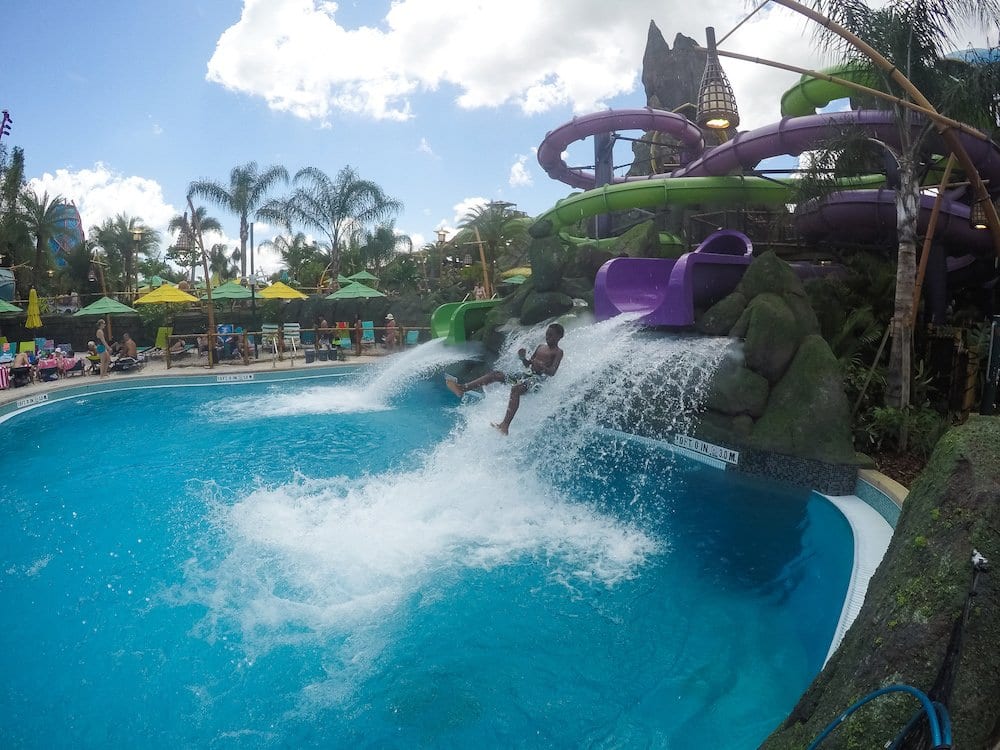 How does Universal Fast Pass compare to Disney Fastpass

There are some serious differences between a Disney Fastpass and the Universal Express Pass, so if you think oh I know the Disney FastPass so I got this, you would be wrong.

Reserving a Time vs. Ride Whenever you Want!

With a Fastpass, they can run out fairly quickly as people reserve them 60 days in advance. The Universal Express pass can sell out, but it is very rare

This is my biggest sticking point with Disney, often times I get into a FastPass line and I am sometimes still waiting 30 minutes for a ride. The Universal Express Pass is usually 5-10 minutes, the longest I waited was for the Hulk at a whopping 15 minutes

This is where Disney wins as the Disney Fastpass is Free, while the Universal Express Pass can range from $19.99 to $169.99 depending on the pass. Now, if you want the same amount of unlimited rides that Universal Express has at Disney World you would need to book a Disney VIP Tour, which runs approximately $600 an hour! 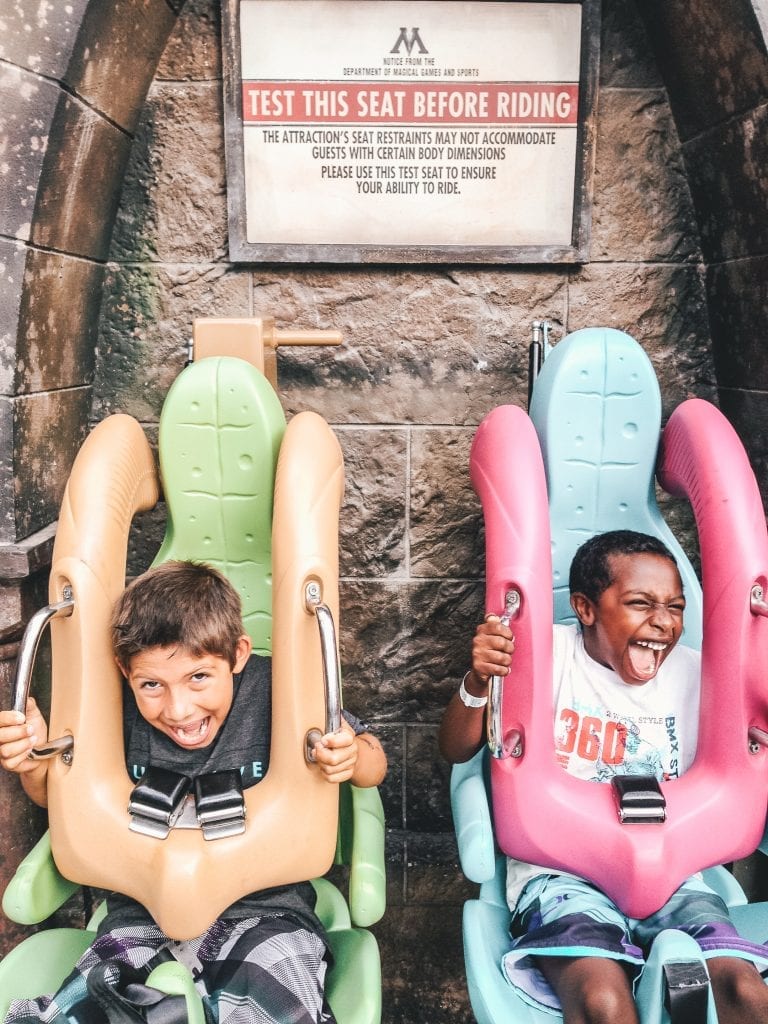 What does a Universal Orlando Express Pass include?

The Express Pass works for most rides and attractions. Though it previously excluded the Wizarding World of Harry Potter, Despicable Me, and Spider-Man rides, it now includes them too! (we still do not have word on the latest Magical Creatures Motorbike Adventure Ride)

Depending on which pass you get, there are slightly different inclusions and exclusions. Fortunately, each one includes the ability to skip lines for rides and attractions for at least one, if not all three, of the Universal parks. Note that even though you will be skipping the main line, there will still be a smaller line of visitors who also have the Express pass, but generally you are looking at a much shorter wait time.

Most of the times you will wait no more than 10 minutes for a ride. You can end up getting on 2-5x the amount of rides depending on the Express Pass you choose. It truly is incredible! 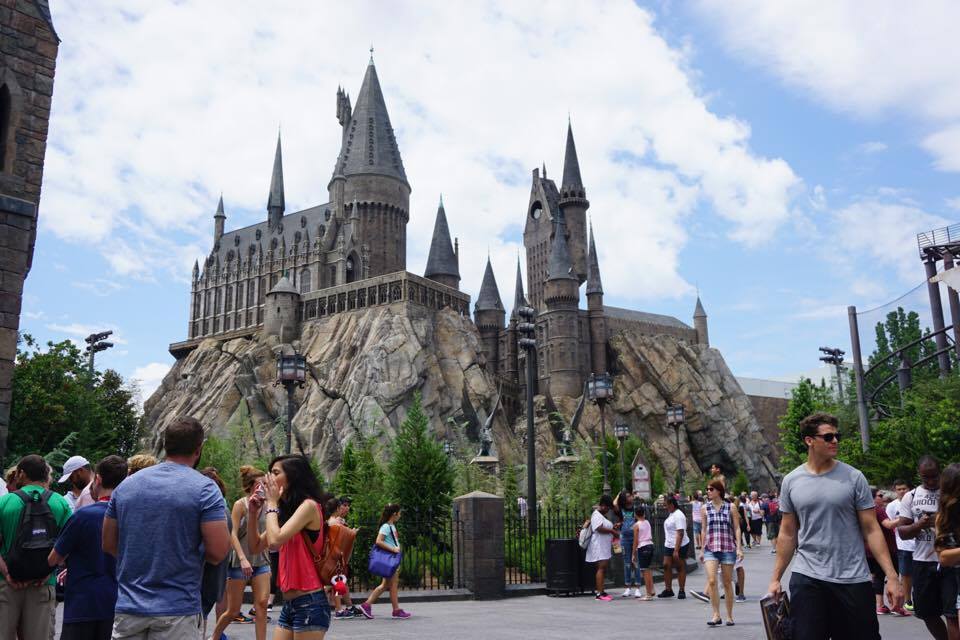 There are three main types of Universal Orlando Express Passes.

1-Park Universal Express PLUS Pass at Volcano Bay Only

I have been to Volcano Bay, and the virtual line is great, but sometimes you can be waiting quite some time for your time to ride a slide. With this pass, you can skip the virtual Lines at ALL participating rides and attractions at Universal’s Volcano Bay one time for each ride!  Prices Range from about $19.99 to $69.99

This pass is very similar to the Volcano Bay Pass as you get access to ride each ride one time with the Express Pass! You can purchase it for one park or two parks. Prices widely vary depending on dates and whether or not you choose 1 or 2 parks. Prices range from $69.99-$149.99 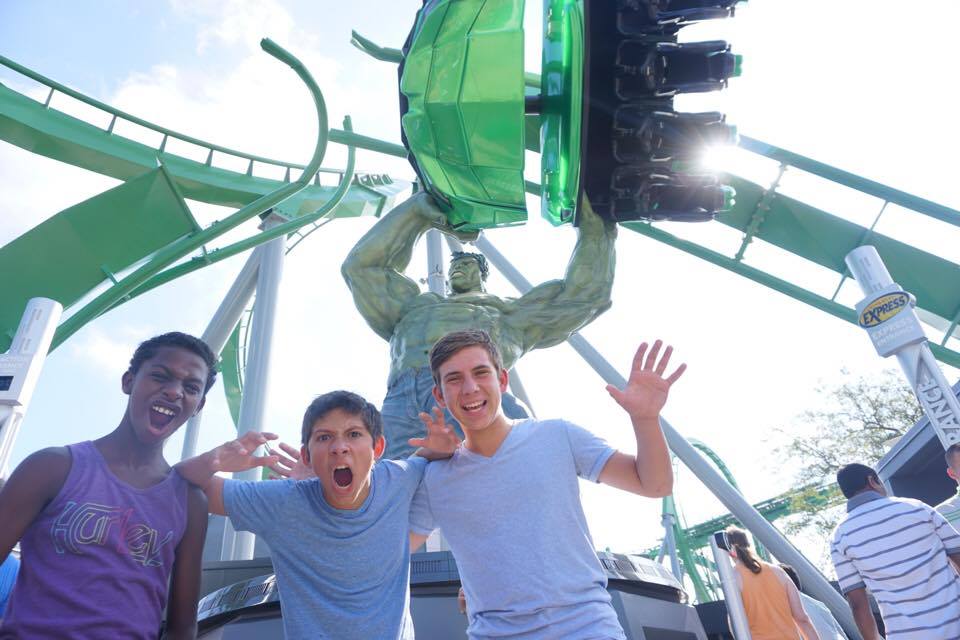 This is the most inclusive pass is valid across all the express passes. You can ride as many rides as you want at both Islands of Adventure and Universal Studios Orlando. So, if you want to ride the Hulk 50 times in a row, go for it! Prices range from $89.99-$169.99

What Rides are included on the Express Pass 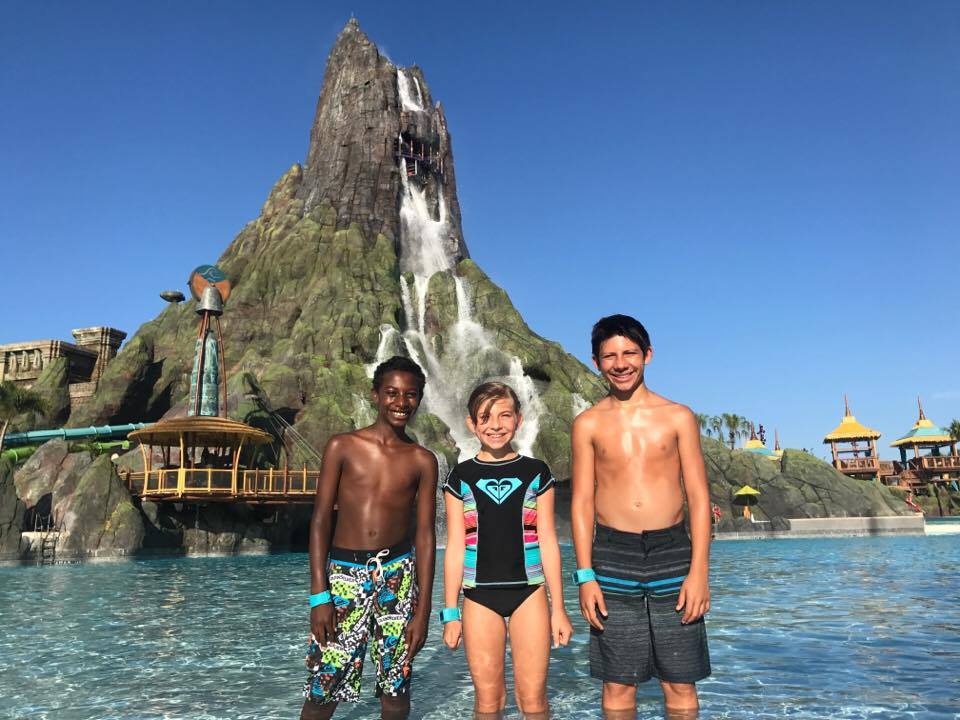 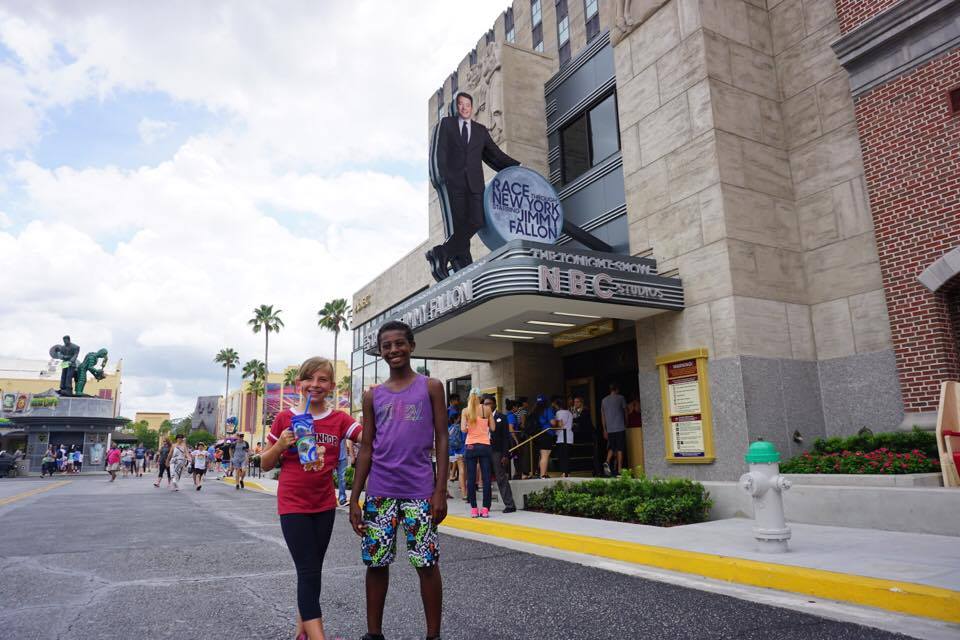 How to Get a Universal Orlando Express Pass

There are two easy ways to get a Universal Orlando Express Pass. The first is to simply add express passes onto your existing tickets when you purchase them online, on the phone, or in person. This way, you know exactly which pass you are selecting, how much the pass will cost, and can customize the best option for your visit. It is important to note that you must purchase one Express Pass per visitor, so the cost of the Express Pass for a family could add up.

My Secret Trick for Getting Universal Orlando Express Passes Cheap! 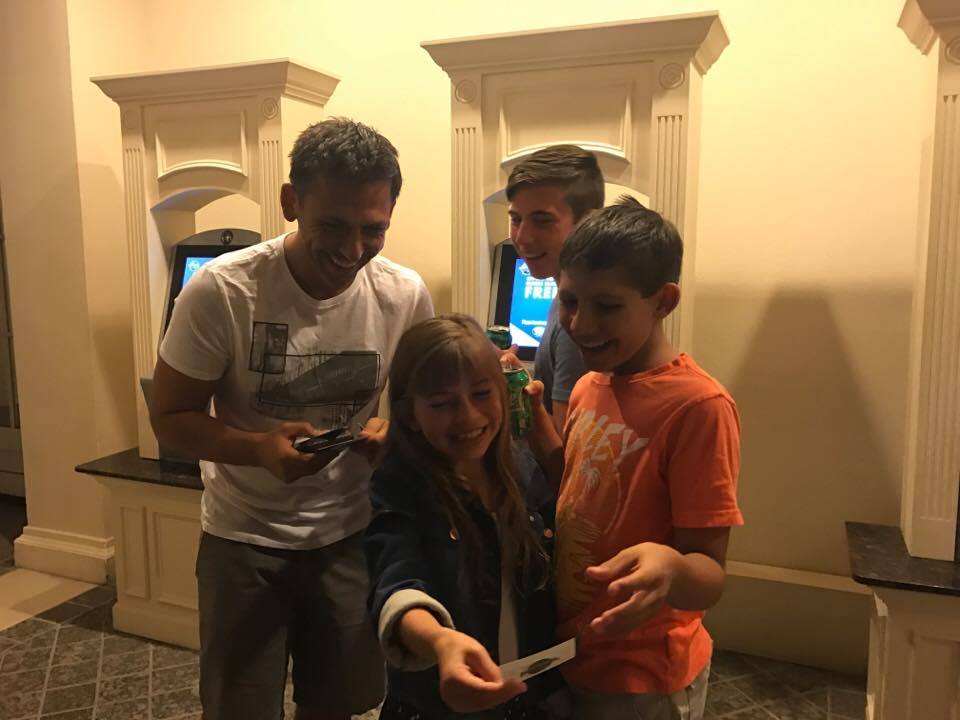 OK, it’s not really a secret but a lot of people don’t know about it. If you book a room at the following three hotels you get FREE Express Unlimited passes for up to 5 people for your stay at Islands of Adventure and Universal Studios (not Volcano Bay)

So, if you are planning on visiting Universal Orlando for more than 1 day, definitely book a room at one of these resorts. These hotels are not necessarily the cheapest that Universal has to offer, but the cost of the Express passes make up for the splurge. Prices typically run $300 and up for a room, but if you look at the cost of the express pass, it is a steal.

Let me give you a quick breakdown. Even, if you pay $400 for the room, and there are 4 people staying in the room. If you just stayed one night, you get two days of express unlimited passes for four people for only $400! The same passes would cost at least $800.00

Please Note – The new Universal Hotels (Cabana Bay, Sapphire Falls, and Aventura) DO NOT offer this perk so make sure to book only at those hotels for express passes.

Is the Universal Orlando Express Pass worth it?

The answer to that question depends on your personal preference. If you are interested in skipping the lines (especially during peak visitation season), and are able to afford it, the pass is Amazing! Sure, there will still be a short wait for some rides, but you can get on so many more rides!

We recently went in July and were able to do every major ride in both parks in one day, some rides we even rode twice.

If you need help planning and booking your Universal Orlando vacation, contact our friends at Tink’s Magical Vacations. They are truly Experts, and not only are their services FREE, but they will save you both time and money. 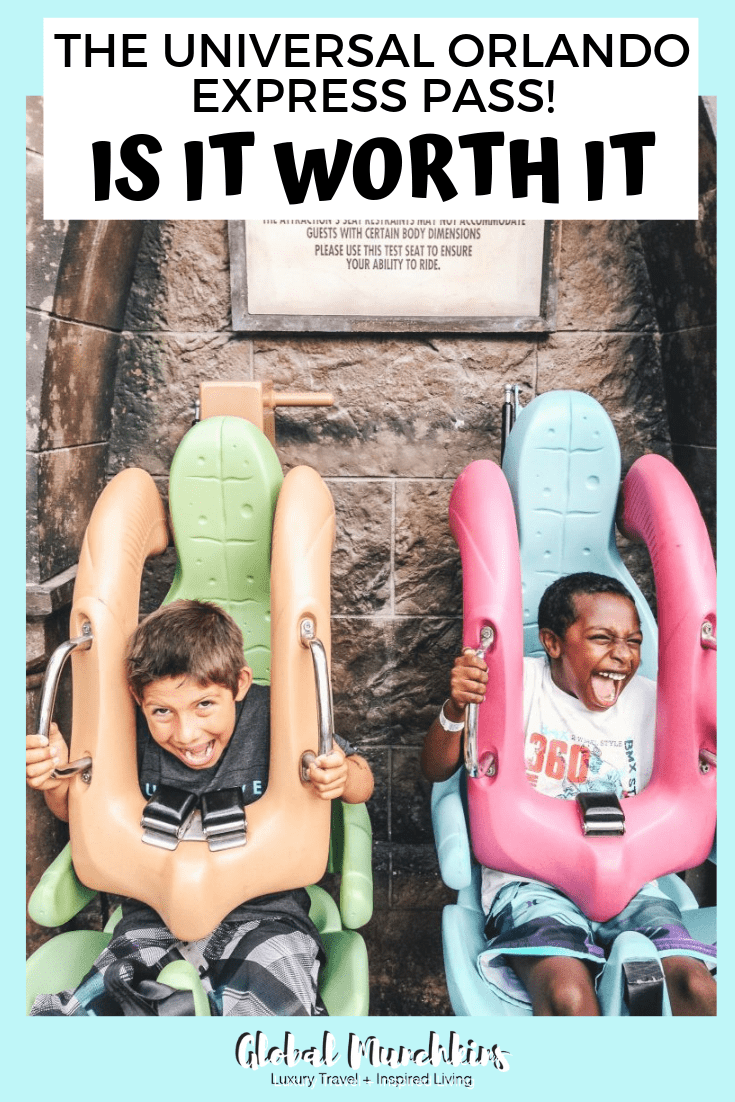 Have any more Questions about Universal Orlando Express Pass? Ask in the comments or send us a message on Instagram

Universal Studios & Islands of Adventure Discount Tickets [11 Ways to Save]