To be honest, when I first heard the news about the new Disneyland MaxPass I wasn’t too excited. I just thought it was another way for companies to make a little extra dough. A few months ago I tried out the MaxPass and was surprisingly impressed. And more recently, the munchkins and I headed to Disneyland to check out Pixar Pier and I once again purchased the Disney MaxPass. This time I figured out all the Disney Fastpass Secrets so I could get on as many rides as possible, and let me tell you it was the most fun our family has had at Disneyland in quite some time. 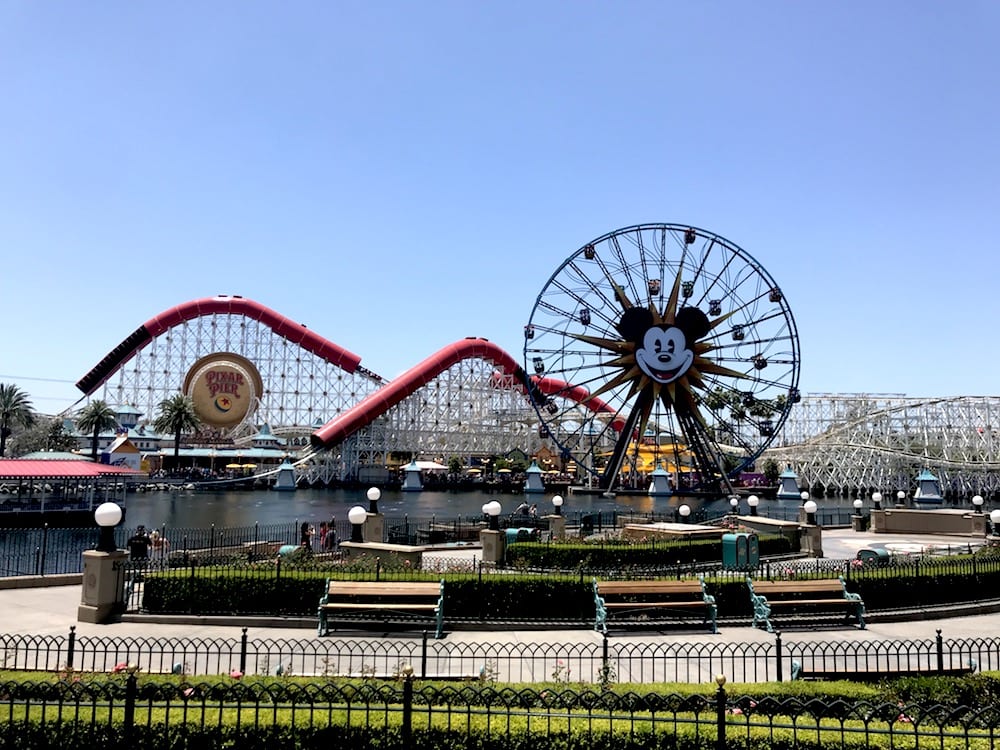 What is Disneyland’s MaxPass?

The Disneyland MaxPass is basically a way more efficient way to get fast passes for rides at Disneyland. Rather than the old school way of going to a ride to go get a Fastpass time, you simply can book the FastPass times right from the Disneyland App on your phone. No need to walk to the back of the park to get a Splash Mountain Fastpass when you can do it right when you walk in the park.

What is the Cost of Disney MaxPass?

The Disneyland MaxPass costs $20 per ticket, it includes the ability to book your Fast Passes at both parks (if you have hopper tickets, otherwise just one) from your phone plus you get all the photo passes from your rides and from the Photopass Photographers throughout the park.

How to Set it Up?

Step 2 – Link your tickets to the app –  Simply click on the “my tickets” tab and you will see a place where you can link your tickets. You can also purchase tickets or Annual Passes right from the app as well.

Step 3. Click on Get FastPass with Disney MaxPass – This is where you can purchase a MaxPass for each member of your party.

Pro Tip* – If you have someone who typically doesn’t ride rides, you don’t have to purchase one for them, you can choose who in your party you would like to have the privileges.

What Rides can I book with MaxPass

Disney FASTPASS Secrets to using the MaxPass to its full extent

#1- Get to the parks as early as possible!

You don’t need to be at the gate right when the park opens. However,  the earlier you are at the parks the more FastPasses will be available, allowing you to go on the most possible rides. Plus, lines for the non Fastpass rides won’t be as long. I would say you can on close to double the number of rides, just by getting to the parks early. 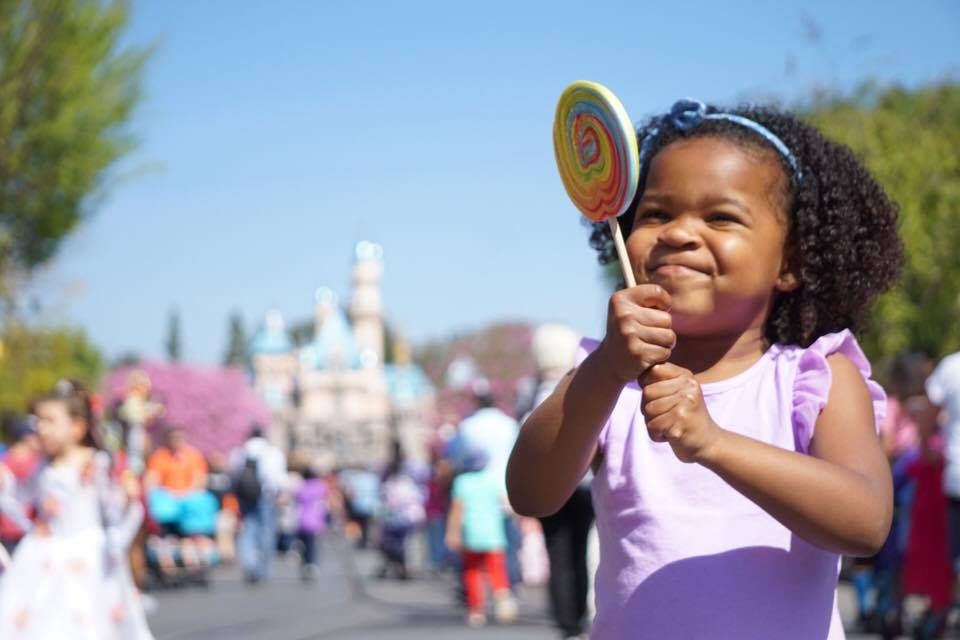 The biggest mistake I see people make at Disneyland & California Adventure is they choose one ride, then they choose another ride all the way across the park. You end up spending a majority of your day walking and wearing your self out especially if it’s a hot summer day. Choose a land or two lands that are next to each other that has the ride you want to go on first and book your fastpasses there first.

#3 When you are booking your fast passes, look at the wait times

If the ride is only 5-20 minutes long it is probably better to just go on that ride and book another FastPass for a different attraction. Or if there is another attraction you want to go in the same area with a longer wait time, book that FASTPASS. For instance, when we went to Pixar Pier, we were surprised to see Incredicoaster was only 30 minutes so we booked the FASTPASS for Toy Story Mania which was 60 minutes. By the time we were done with Incredicoaster, we jumped right on Toy Story Mania with our Fastpasses.

#4 – Know when you can book your next FASTPASS Time

There are three different scenarios that determine the next time you can book a FastPass, luckily the app will tell you when you can book your next Fastpass.

Once you find out your next time you can book a FASTPASS set an alarm on your phone to remind you to book another. This was a savior for me on the last trip and easily helped us get on two more rides in the day. Also get a battery charger because the Disneyland App does tend to drain your phone’s battery Here is my personal favorite charger. It charges faster than any other charger I have had. 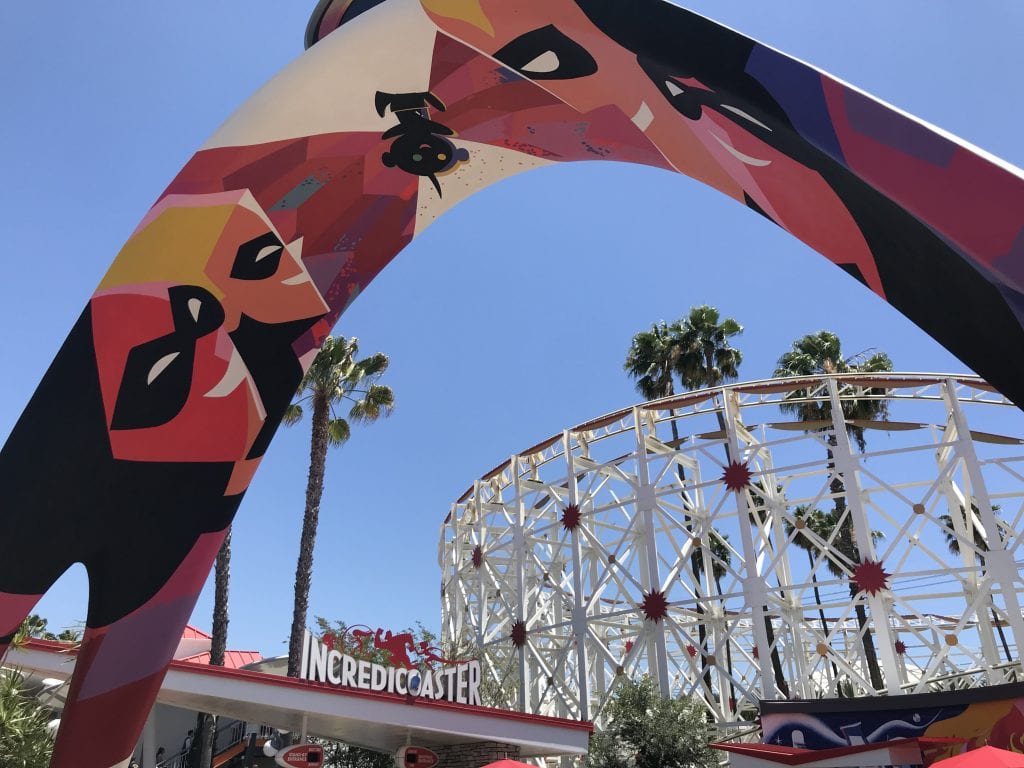 Yes, Disneyland Fastpasses run out as they allow only a certain amount of FastPasses per hour. Here are the rides that are most likely to run out of FastPasses first. If these rides are on your list of must ride, hit them up first.

#7 Take Pictures of your Ride PhotoPass Pictures to get your code:

One of the perks of MaxPass is that you get all the Photopass photos for the rides. When you get off the ride, you will see your PhotoPass picture with a code. Those pictures transition somewhat quick with passengers of the next ride getting off shortly after you. So snap a quick pic of your ride code. Then, you can enter the code into your Disneyland App and a few minutes later it should appear on the app. 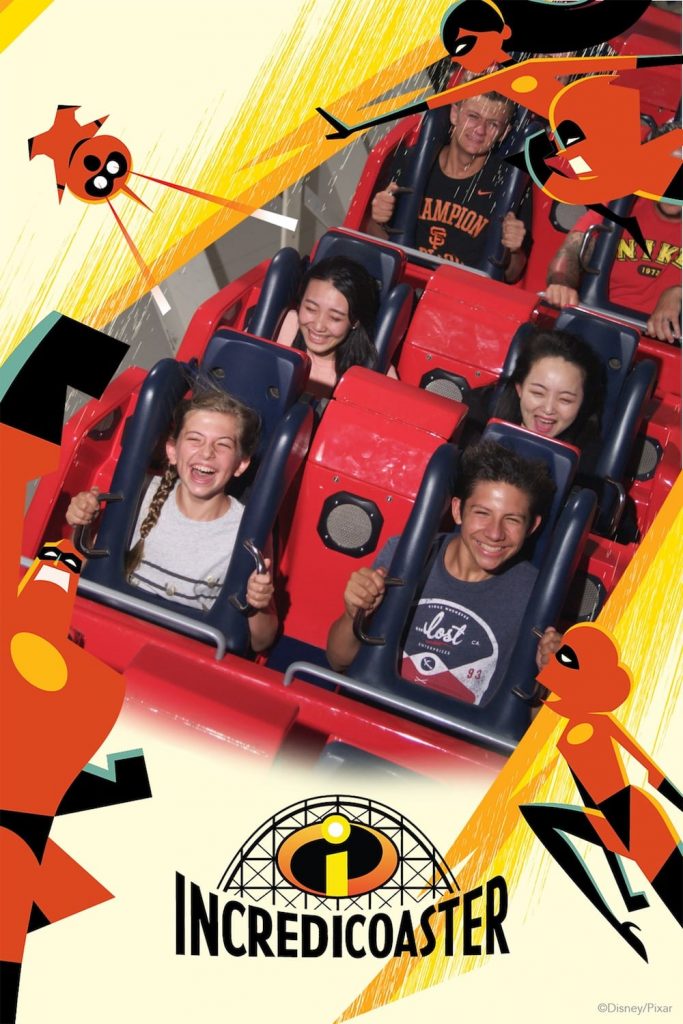 #8 – Hit up all the Picture & Character Spots

Look, the photos are free with the MaxPass, so might as well take advantage of all those PhotoPass people hanging around the parks. It is like having a professional photographer joining you on your trip. 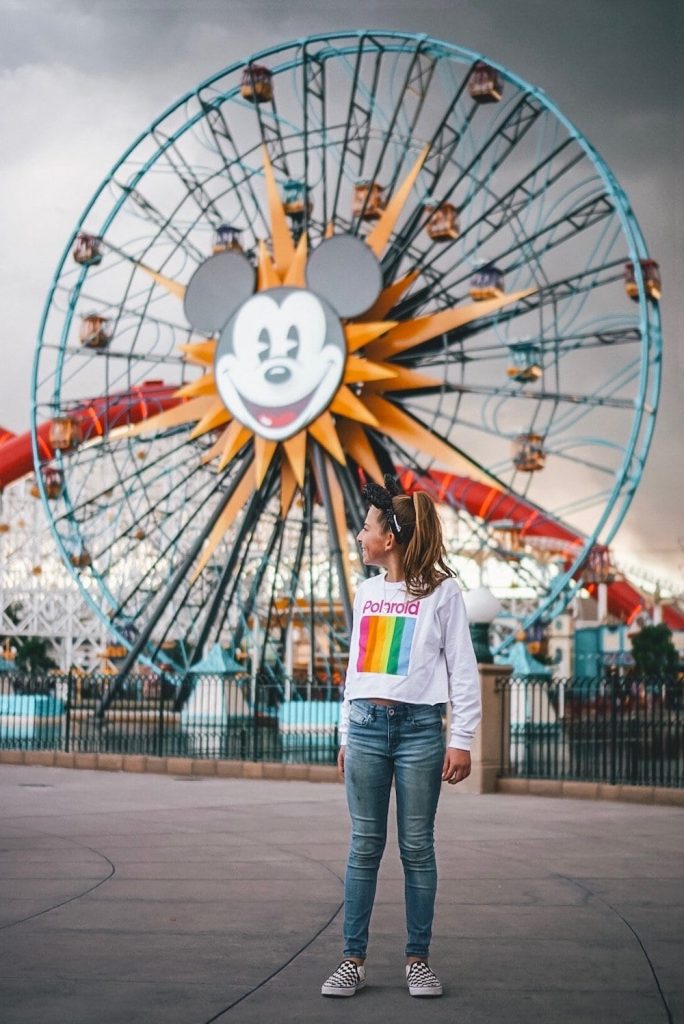 If you have little ones or you love to see the characters yourself, definitely stop by some character spots for pictures. Typically a Photopass photographer is there to capture the moments. And since the photos are free with the Maxpass, take advantage of as many character spots as possible. 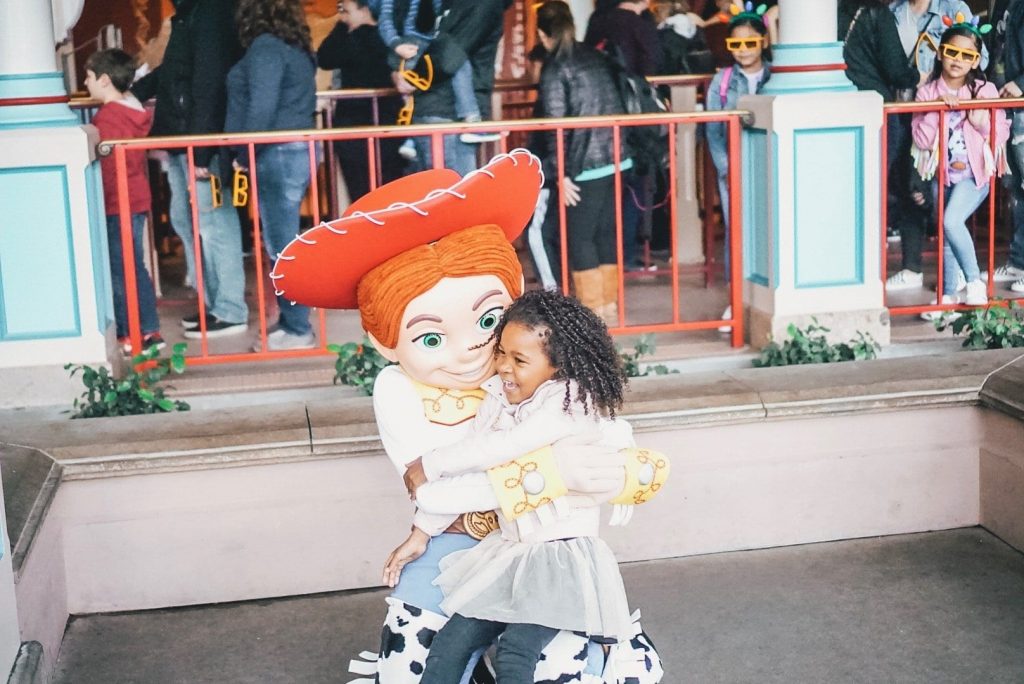 Pre-order food right from the Disneyland App – There is no need to wait in long food lines, simply click on order food, choose the time for pick up and you can order from a ton of quick dining restaurants including:

When should you NOT Buy the Disney MaxPass

The last of my Disney Fastpass secrets is there are times when you should not buy a Disneyland Max Pass. If you happen to be heading to just California Adventure on a super busy day and aren’t going to get to the parks til later in the day (after 1pm). I would skip buying the Maxpass.

There simply aren’t enough rides with Maxpass at California Adventure so many Fastpasses might be gone by the time you get to the parks. If you are going to both parks or just Disneyland it probably is still worth it even if arriving around 1ish.

Also, if you arrive in the evening, I would definitely pass on purchasing this pass.

Overall, I really enjoy the MaxPass, I actually like it more than Disney World and their Magic Bands, because you don’t have to book rides months in advance allowing you to be a bit more flexible with your day.

If you need help planning and booking your magical Disneyland vacation, contact our friends at Tink’s Magical Vacations. They are truly Disney Experts and not only are their services FREE but they will save you both time and money.

Have any more MaxPass Tips that we might have missed? Let us know in the comments

12 Ways to Beat the Heat + Outsmart the Disneyland Crowd 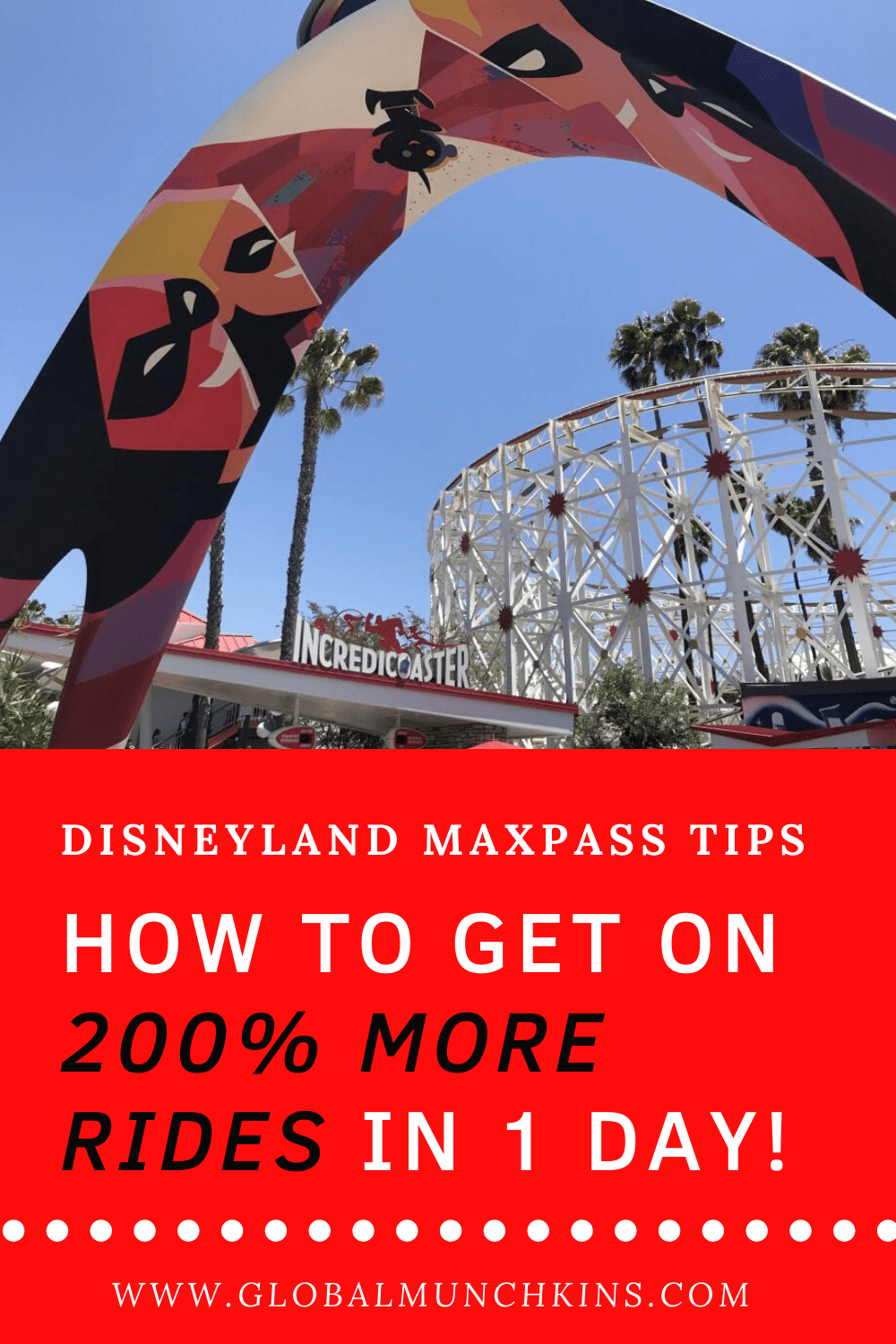